Who do we trust? The Nation's divisive debate splits the National Trust 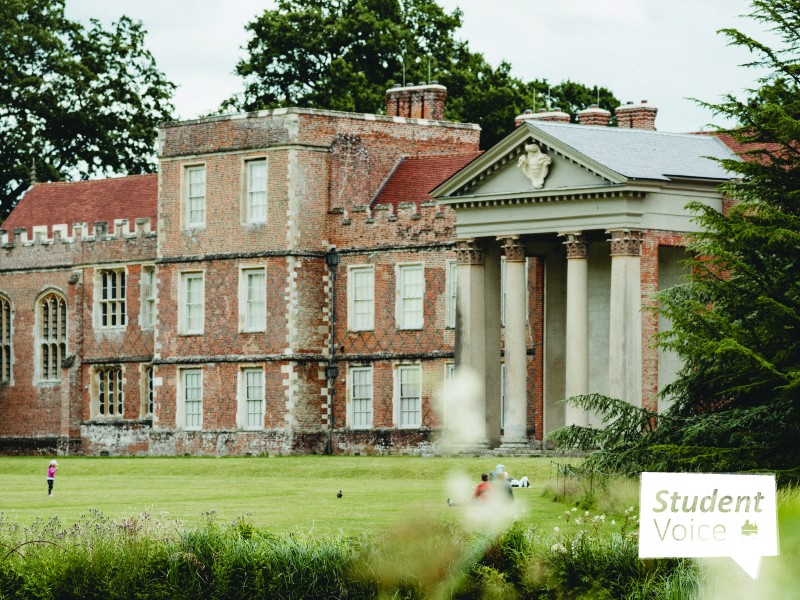 The 2016 Brexit Referendum revealed the deep divisions splitting British society. The 52% of voters who chose Brexit rejected outside influence, turned against immigrants and embraced the 19th-century idea of a Britain isolated from Europe, united in patriotism and pride of its Empire. The other 48% realised the strengths of belonging to an international community and a multicultural Britain. Britain has moved on since the days of the Empire. Maintaining connections with Europe and the wider world is much more logical than looking inwards and establishing trade with former colonies.

Nevertheless, some long for the days when Britain was a mighty Empire that ruled the waves. They hate change and cannot accept the new influences that are enriching Britain or accept that Britain’s past is one filled with tragedy. Slavery and the damage inflicted by colonialism cannot be ignored in a society increasingly consisting of the descendants of those affected.

The National Trust was quick to embrace this. Last September, after a summer of raging Black Lives Matter campaigns, the National Trust published a report into the colonial and slavery connections of its properties. The Common Sense Group, a collection of right-wing Tory Backbenchers, dedicated to opposing “woke” thinking, were quick to respond: “A clique of powerful, privileged liberals must not be allowed to rewrite our history in their image.”

As a history student, I am frankly shocked. What do they mean by “our” history? History does not belong to anyone because everyone plays a role. In academics, ignoring an entire aspect of British history would not be accepted. Historians interpret history differently. That is what keeps the discipline alive. However, they look at the entire picture before coming to their conclusion, unlike the Common Sense Group. It is ironic that the group labelled the report, “cultural Marxism”. What they have done is not all too dissimilar to what Marx did – picking and choosing moments in history to justify their view of society.

From the controversies arose Restore Trust. Their aim to “restore the Trust’s original apolitical ethos” is ridiculous. How can giving a full representation of history be considered political? Communicating history is one of the National Trust’s most vital roles. Without slavery and colonialism, many of their buildings would not exist. Overlooking this role would be a supreme negligence.

Not that the National Trust has ever been apolitical. Despite Restore Trust’s insistence that their goals would return the Trust to its original aims, their view of the National Trust is undeniably warped. Octavia Hill, the charity’s founder, was a Christian socialist. She wanted the urban working class to have access to green spaces and fresh air. Their first acquisitions were land in the countryside; the stately homes came much later. This reveals a huge hole in Restore Trust’s argument. National Trust’s founding purpose was not to “protect and preserve historic and cultural treasures”. Though this is important. Much more important, however, is showing how every British person plays a part in the nation’s history and culture, regardless of their background. Encouraging people from all backgrounds to enjoy the National Trust’s treasures is much more in tune with Octavia Hill’s original message. For this to happen, their pasts must not be ignored.

Restore Trust argues signs explaining the history of properties are “intrusive interpretation”. People should enjoy properties in peace. While it might be more comfortable to ignore the harrowing past of a building, nothing can erase it. If we cannot expunge it, why not embrace it? An appreciation of the history of tourist attractions can enhance visitor experience. Visitors go away having learnt something as well as having witnessed beauty. Restore Trust talk of a “sense of place” for each property. Nothing gives identity to a location more than its history.

What is most concerning about Restore Trust’s message is its reflection of British society. This dispute is by no means confined to the National Trust. Indeed, the entire nation is battling with its colonial past. Those who cannot accept Britain is not the powerful Empire it once was and is now a multicultural society made of innumerable races and backgrounds remain incredibly powerful. As Britons, we must come to terms with our past and move forward if we want to produce a more cohesive society. We all have a role in the nation we forge. Will we remain stifled by old values? Will we never learn from our past mistakes? Or will we construct an open society - one willing to accept a new British identity and be open to other cultures? You must choose.