An Honest Perspective on Masculinity 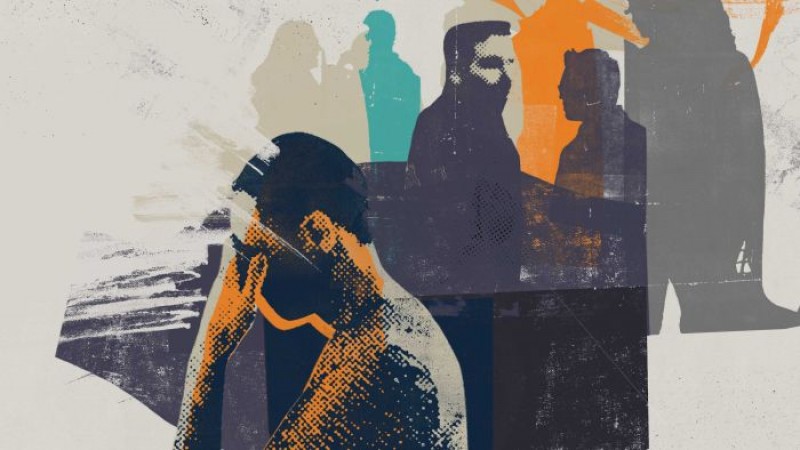 I was recently sent a survey containing four questions about masculinity by my cousin, who was doing some art based on maleness and was seeking some insight into what it meant to be a male. Masculinity is a concept that I chew over extensively – not only do I contemplate my own behaviour and the interactions I have with other people, I also examine whether my mannerisms and thoughts are impacted by the fact that I’m a male, or by my own character as an individual. With this in mind, I was determined to be both honest and expansive in my answers to the four questions.

My answers, of course, reflected my own experience of masculinity – they are certainly not applicable to or aligned with every male to have ever lived. I share them in the spirit that maybe some other men reading them will find some resonance and realise they are not alone in thinking in ways not traditionally portrayed as a “masculine”, and maybe some women will also reflect on their assumptions about the way men think.

The first question asked what my favourite and least favourite things were about being a man. Strangely enough, I soon realised that the answer to both of those queries weren’t as dissimilar as I’d anticipated. My favourite thing about being a man is the expectation of good manners and politeness that should police and check masculine behaviour, irrespective of the context in which this conduct takes place. This social expectation shouldn’t be limited to interactions with women, but with people in general. It’s very easy for impoliteness and hyper-masculine bravado to take precedence over being considerate and gentle, but I think this demeanour should be integral to the male persona. Today, the word ‘gentleman’ is ridiculed for its old-fashioned and sexist denotation of masculine behaviour, implicitly suggesting that characteristics concerning honour and politeness specifically apply to masculinity, whereas it can be clearly observed that those very same traits are just as present in the female character. However, wanting to stereotype too much, I would argue that men have a greater tendency to deviate from these traits and allow other less courteous mannerisms to have a greater impact on their behaviour. Good manners and politeness set a positive standard for being male, and even though it is a social expectation, it is one that encourages a more constructive personality.

Similarly, my least favourite thing about masculinity is the expectation of stoicism and strength, the stereotypes that are responsible for boxing men into a persona that isn’t an accurate reflection of their true character. The influence of social expectation amongst men cannot be overlooked when observing the universal nature of the ‘typical’ male personality; men don’t cry, men don’t talk about their feelings, men are strong and tough, men aren’t sensitive or emotional.

These expectations encourage an unhealthy relationship between the two sides of a man’s emotional pathology. On one side are repressed feelings that are never whole-heartedly expressed, due to the incompatible nature of these emotions with the established rules of masculinity. This is the side of a masculine mind which is bottled up because of the restrictive and oppressive expectation of manly strength, producing a tendency to remain stoic in the face of growing emotional turmoil. The other side of the male mind is the one that says ‘everything is fine’ in spite of the fact that ‘everything is not fine’. As human beings, it is simply impossible for one individual to maintain a constant emotion throughout the entirety of their existence, so why is it that men are encouraged to maintain the appearance of being ‘fine’, when there is actually a lot more going on than that? A lot of the time, males neglect feelings because they get in the way of things, as if they’re an inconvenience to their daily lives, but this shouldn’t justify the withholding of expression. Emotions they move and change, and yet many men don’t feel they are permitted to express when a negative change occurs. The membrane that exists between these two sides of the male mind is one of varying permeability; some men find it easy to slip between these contrasting mentalities; sometimes they find comfort in repressing emotions and sometimes, on separate occasions, indulging them. Others put up a hard border between the two mentalities, favouring stoicism and exuding an air of apathy, unable to freely move between these states without emotional checks which could have been entirely avoided had we agreed a cross-party deal two years ago when it was required, secured a more favourable back-stop arrangement with a UK-based customs union with an appropriate transition period… sorry, I got a little distracted there. Irrespective of how comfortable men are with talking about their feelings, there ought to be less stigma attached to emotional expression amongst men. Pretending to be ‘fine’ isn’t heroic or brave, it is an internal declaration of war against one’s true self.

The second question was one that I had thought about in the past, yet it’s also a question that I never enjoyed thinking about: what makes me feel manly? Now, there aren’t many things that make me feel manly. The connotations attached to the word ‘manly’ are ones concerning bravery, strength, courage, assertiveness and independence, but I don’t individually identify with any of those attributes. I’m not brave enough to drink more than two cans of alcohol within a short space of time or play rugby for fear of having a breakdown – in the mental and physical meanings of that phrase, respectively. However, I know lots of girls my age who have consumed a hundred-times more alcohol than I have and who play rugby regularly. I haven’t won an arm wrestle in three years. I’m not assertive enough whenever I order food in a restaurant. I’m still heavily dependent on public transport every single day, and have to use a bus ticket which my parents pay for. I’m not courageous enough to try a different flavour of iced tea; I mean, I like peach-flavoured iced tea, but am I willing to devote my entire allegiance to the peach flavour and completely neglect the existence of lemon-flavoured iced tea? I like to think that one day I might be courageous enough to venture beyond the peachy confines of my iced tea flavour preference, but today is not that day. Lemon iced tea probably tastes awful anyway. My point is that, despite the seemingly numerous ‘manly’ attributes, they’re all empty stereotypes that have no bearing on the true nature of an individual as a human being. Whatever ‘masculine’ qualities I may or may not possess are just as common in women, and these random gender expectations are just as pointless and unnecessary as lemon iced tea, which, let’s face it, probably tastes disarmingly bitter.

However, I will stereotype a little and hazard a suggestion as to what makes me feel ‘manly’. Whenever I let an elderly person have my seat on the bus, or whenever I hold a door open for someone, or whenever me and a friend discuss a personal problem together, I know that I’m conforming to a version of masculinity that I enjoy conforming to.

Third question. In my opinion, this was the most important and provocative out of the entire survey because, unlike the other questions, this one dealt with an issue that was especially relatable: what do I wish men would talk more about? I’m well aware that the obvious answer to this is ‘feelings’, but I think a lot of people can give that response without entirely justifying it. To play Devil’s Advocate with my previous points about the importance of emotional expression amongst men, it can be argued that men feel more comfortable expressing their feelings through actions. If a man is nervous, he distracts himself. If a man is angry, he goes outside and starts chopping wood aggressively. If a man is unhappy, he detaches himself from conversation and stares into space. Yet, the expression of emotion through action is only really a temporary resolution. A friend of mine, somebody who I’ve known for quite a while as a confident and apparently carefree individual, informed recently about how much he struggled with his parents’ divorce a few years ago. At the time he appeared to take it in his stride. I like to imagine that had I known that at the time, I would have been able to help him in some way. The more boys and men talk, the greater the understanding that they have, not just of one another, but, of the generalised masculine tendency to experience emotional unease, yet feel a need to conceal it.

The fourth and final question was certainly the most open, and instead of asking for an opinion, it sought an interpretation on what the phrase ‘manly man’ meant to me as an individual. I considered this in two ways; firstly, I thought about what attributes I’d associate with a man who someone were to describe as ‘manly’. In this instance, I would be forced to acknowledge a hierarchical precedent that is established through this identity. When someone is described as ‘manly’, automatically I observe this male as above me in this male hierarchy, believing that he is a more complete male, a superior male, the sort that assembles flat-pack furniture for fun and always smells of sawdust.

However, the most important stereotype which I’m forced to associate with this heightened masculine identity, is one of self-assurance and comfort. The main difference between myself and men of this calibre is the way in which we tackle problems. I worry, constantly. I overthink things which have little chance of actually impacting on my life. But, whenever I hear the word ‘manly man’, I think of someone who never lets anything trouble him, and is completely in control. Upon coming to this realisation, I am aware that it somewhat contradicts the previous point I made, concerning emotional expression and communicating feelings when turmoil arises. Yet, the view that was nurtured by society is that men of the ‘manly’ variety seem to me that they never let the problem bother them, they never let the issue consume them to the extent thar they have to indulge those emotions.

This divide allows for two sub-categories of masculinity to exist: alpha males and beta males. I’ve always been identified by the former as the latter. The ‘manly men’ are all confident, self-driven, and, according to howtobealpha.com, ‘have balls’ and ‘does what a man is supposed to do’. The reason why I identify as a beta male is because I am, theoretically, a man, but I have no idea what I’m supposed to be doing most of the time.

But, it is also my vehement opinion that these sub-sections and the identity of a ‘manly man’ are contrived and pointless concepts that only make some men feel unworthy. There should not be a degree, or a set of attributes, that define a man’s masculinity. To put it bluntly, yet simultaneously communicated through rhyming slang because I’m too uptight to write the word ‘penis’, the presence of a Brighton Rock is the only true and definitive indicator of masculinity, and any other characteristic or identity that is henceforth assigned to a man is Jackson Pollocks. Every collective male stereotype is an irrelevant expectation that has not a single bearing on the man as an individual.

The less constrained men are by the gender expectations that currently dominate and dictate masculine behaviour, the more open society will become. Men should stop expecting themselves to be heroes and start just being themselves.