A Fever in our Oceans 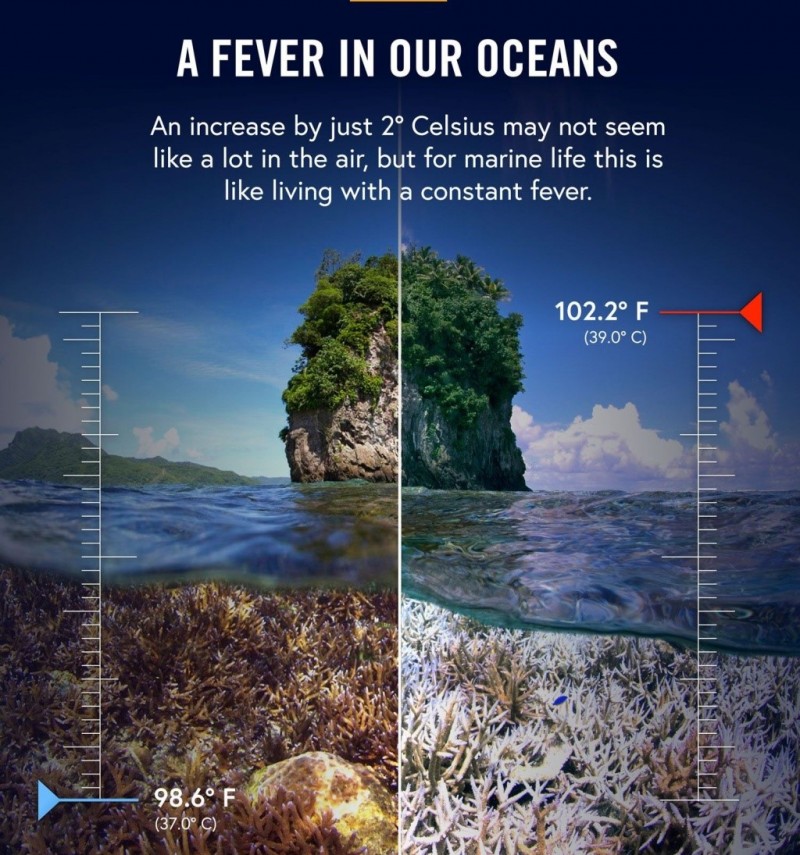 In this modern world, most people seem to have this careless, ‘out of sight out of mind’ perspective. Presented by Netflix Original Documentaries, ‘Chasing Corals’ challenges this perspective. We are taken to a world that most people never explore, while revealing the consequences of our actions on issues just beneath the water that not many of us think about.

In the last 30 years alone, we have lost 50% of the world’s corals, so it’s no wonder that, while documenting this issue, scientists have become depressed as the damage becomes visual. Based on current trends, within the next 30 years, annual bleaching will kill most of the world’s corals. This documentary is putting a clear message out to the viewers as the oceans are revealed to the world: it’s up to our generation to save them.

As we burn more fossil fuels, and global temperatures rise, the effects can be fatal (like the rising of someone’s body temperature). It’s the same for a fundamental part of a huge ecosystem, somewhere just below the surface - corals. The process of coral’s bleaching is seen as a stress response to events. As they turn this murky white/yellow colour, we begin to realise it’s the corals way of saying “notice me” and “help!”. Although, throughout the documentary, it becomes clear that we are essentially killing these intriguingly clever organisms, just below the surface at this moment in time, they are not giving up. This is evident in New Caledonia where corals were filmed glowing fluorescent colours. After much research, we find out that they were adapting to the effects of global warming, and so the chemical sunscreen they had cleverly produced was to protect them from the heat and warmer temperatures. Yet if these temperatures continue to increase, in just 25 years’ time, the world’s oceans will be too warm for them to survive at all. This makes me question whether, if we don’t have the courage to save this ecosystem, will our generation have the courage to save the next?