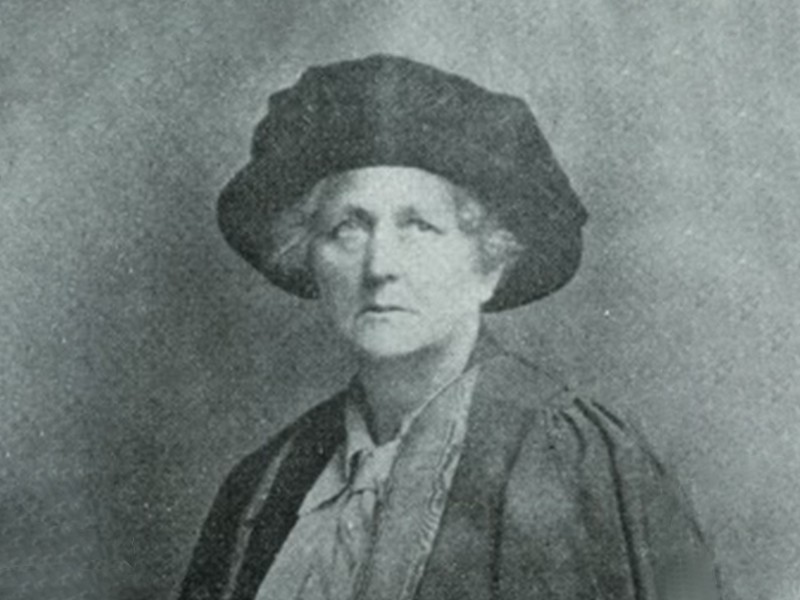 Throughout history, women have been victims of gender inequality in professional settings.  Whether it be the gender wage gap or being seen as less competent than their male counterparts, there has always been a struggle for women to reach the same level of respect as men in their jobs - solely for being women. Aleen Cust, the first female veterinary surgeon to be recognised by the Royal College of Veterinary Surgeons (RVCS), is a prime example of this.

At the beginning of her career, Cust trained as a nurse at London Hospital. However, following the death of her father, she gave up nursing to train as a veterinary surgeon at William Williams’ New Veterinary College (now known as the University of Edinburgh’s veterinary school).

As a woman, this was not seen as an acceptable path to take due to all vets in Britain at the time being men. Going against her family’s wishes, she changed her name to A. I. Custance to avoid embarrassing them. Her time studying at the veterinary college was incredibly successful - she completed her studies finishing top of her class and earning a gold medal for zoology. Despite finishing higher than her male peers, she was not allowed to sit the RCVS exams. The council of the RCVS did not officially see her as a student, as ‘student’ to them specifically meant male student! This therefore meant that she was unable to gain the RCVS diploma to officially become a veterinary surgeon.

Nonetheless, she still pursued a career in the veterinary field as an assistant. She was also appointed Veterinary Inspector (after an unsuccessful first attempt) which upset many people because she did not have professional recognition. During World War One, she worked as a bacteriologist with an animal vaccine unit and looked after many horses.

Returning home after the war, Cust was finally allowed to take the RCVS exam. This was partly due to her war effort, but also thanks to the Sex Disqualification Removal Act of 1919 which stated that women could no longer be barred from any profession. On the 21st December 1922, Aleen Cust finally graduated and received her diploma, becoming the first female veterinary surgeon to be recognised by the Royal College of Veterinary Surgeons. She continued to practice for another two years before retiring. She passed away in 1937 at 68 years old, collapsing after treating an injured dog.

I find Aleen Cust’s story incredibly interesting and inspiring for a number of reasons. Imagine finishing at the top of your class, more than able, only to be denied the opportunity to sit your exam because you are a woman. Even though she was equally as knowledgeable as her male classmates (if not more so), she had to go to war to essentially ‘prove herself’ as a good vet, and make people realise that she was just as capable as the men before she could take the exam.

Although society has progressed in its opportunities for women since the time of Aleen Cust’s graduation almost 100 years ago, women still face difficulty in the veterinary profession today. In a study by Lancaster University Management School and Open University Business School, one person shared her accounts of a client being unhappy with the treatment she offered and the client demanding to see a male vet. However, when the male vet arrived, he delivered the exact same treatment. This is another case of women’s abilities being undermined, just like Aleen Cust. This raises the question, why are women seen as less competent than men in professional situations? The age-old gender expectations of women staying home to bring up a family still show themselves today, as many clients and other people in the veterinary profession assume female vets to be mothers, or potential mothers, and are therefore deemed to not be taking the profession as seriously. This leads to them missing out on promotions too, as well as being seen as less able.

I find it disheartening that women do the same level of training as men, just to end up going part time or completely leaving their jobs due to these issues. Perhaps we could all learn from Aleen Cust’s story. Challenging sexism and gender norms wherever we see them, and not just in professional settings, is vital to allow us to move forward as a society and break down these barriers for women.