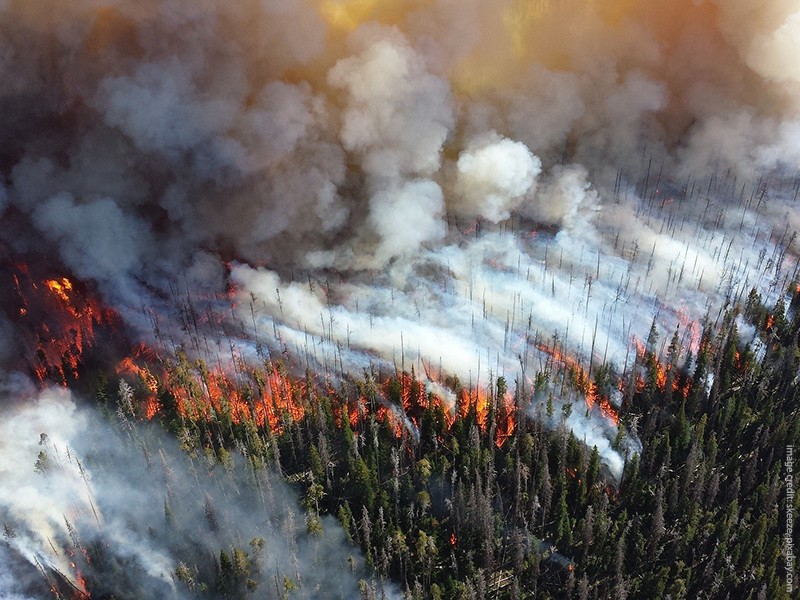 2020 has seen a mass of devastating wildfires all around the globe. From the Australian bushfires in January, to the Western States of America in August and everywhere in between.

One country that has particularly been affected, however, is Brazil. In the first seven months of 2020 alone, more than 13,000sq km of the Amazon rainforest (of which 60% is found in Brazil) was burned due to the forests' potential to become land for agriculture- natural woodland is desired by many farmers to be cleared for this purpose, causing forest fires. These fires worsened as a result of the Amazon being exceptionally dry this year, a consequence of climate change warming the north Atlantic Ocean, meaning that there has been less rainfall. This is more than eight times the size of London in rainforest that will never fully recover.

Brazil’s Pantanal Wetlands, the largest tropical wetland in the world, are also in flames. Well-known for its iconic wildlife, the wetlands are home to around 463 bird species including the biggest species of parrot- the Hyacinth Macaw (these are the blue parrots from the ‘Rio’ films!) As well as birds, it is home to 269 fish species, 236 mammalian species and 141 reptile and amphibian species, including approximately 10 million caimans.

However, this biodiversity and these mesmerising creatures are under threat due to the Pantanal wildfires. Like the Amazon, the Pantanal fires were started by humans and made worse by climate change. There are no exact figures for just how many animals have perished in these fires, but there is thought to be a minimum of thousands including snakes, tapirs, jaguars and monkeys.

What seems to make this situation more heart-breaking is that people with positions of power who are able to put an end to this are actively denying climate change and underestimating its consequences, despite the evidence being apparent. The President of Brazil, Jair Bolsonaro, is treating this crisis as a joke- quite literally. Footage from a meeting with the President and his ministers has shown these grown men laughing when asked about the Pantanal fires. As well as this blatant ignorance, Jair Bolsonaro has also attempted to blame the fires on the Indigenous people and Backwoodsmen who rely on the Amazon and Pantanal for survival, despite the evidence showing that this is not true.

Furthermore, the President of one of the most powerful and influential countries in the world, Donald Trump, “doesn’t believe” in climate change. It seems as though we are going backwards, as he also announced in 2017 that the U.S. will be withdrawing from the Paris Agreement. The main aim of the Paris Agreement is to keep global temperatures from rising over 2°C from pre-industrial conditions. The U.S. withdrawing from this agreement means that we are one step further away from reaching this goal. It also means that there will be less funding for climate change research. The question is, how are we ever meant to stop climate change if not even world leaders will acknowledge it is an issue?

I can only hope that for our futures, for the future of our children, and the future of generations to come that the world comes to realise the extent of the problem of climate change. Not only does it contribute to these horrific fires that severely damage ecosystems and lead to the extinction of animals, but it contributes to a whole host of other problems too- and something needs to be done about it.