Music for healing? A lyric analysis of 'tokyo' by RM 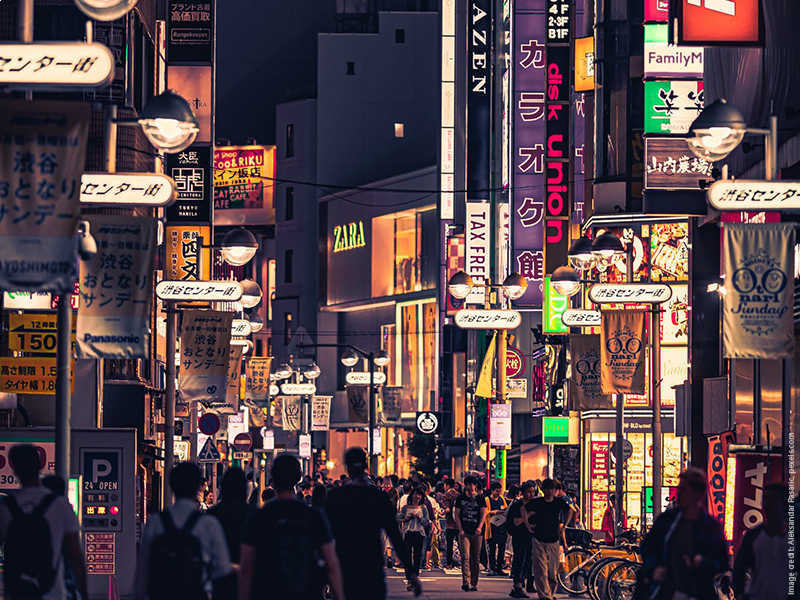 Throughout the last 8 years, the Korean group BTS has created songs that resonate with people of all ages. Their songs hold messages of self-love and acceptance and explore various concepts: From the pressure put onto students by society in their debut track “No More Dream”, to incorporating philosophy of Carl Jung in their album “Map of The Soul 7”. Their creativity and passion have extended into various genres of music, not only as a group but for solo releases as well.

RM, the leader of the group, is known as “the philosopher who raps” and with his 2018 solo release of the “mono” mixtape, it’s clear why the title is so fitting. The mixtape is labelled by fans as ‘the album that listens to you’, created for the purpose of healing for the fans and the artist himself – and the beginning track ‘tokyo’ (sung in English), which I will go onto analyse, is nothing other than comforting through its shared experience of life’s hardships.

He wakes up in Tokyo, a highly populated and busy city. The torso is the central and also one of the most important parts of your body; without it you wouldn’t be able to function. However, he has nothing else; what is a torso without the other parts of the body? It’s quite useless by itself. Just like that, he may feel useless. This line could also be implying he’s in pain. When he wakes up, the first thing he notices is pain in his torso - his body, from exhaustion. The city exhausts the main part of his body- the main part of himself.

The word ‘torso’ in the song can be heard as ‘torn soul’ with a similar pronunciation and the way he emphasises the first synonym. Going back to my previous point, he may feel exhausted, torn in the big city due to his feelings or circumstances or having to make a decision. However, unlike a torso, a torn soul cannot be seen physically. Just like a busy city with many people, he may feel invisible, or that at least his circumstances are invisible to others.

He only just woke up, yet he has no time to relax and has to get on with his busy life. The fact that he ‘knows’ this, instead of doing it means he cannot bring himself to go. After all, if his soul is torn, is there a reason to keep to his routine?

There are a few takes on this line. He (physically) sees Pinocchio, he sees someone unordinary, someone who stands out. Pinocchio, as in the story, desired to be human; it was his one wish. RM possibly doesn’t feel human anymore, a person succumbed to routine who isn’t actually ‘living’. Pinocchio was also a child, someone youthful. RM could see himself in this person from when he was younger. He used to be full of life and passion in his youthful days. ‘Some time ago’ shows he used to be like this until recently, or that it feels like not long ago.

“Do I miss myself, do I miss your face”

Here he’s possibly asking himself, does he miss his youth? The days he was younger and had so much passion for life?

Something to note is the different ways he addresses himself – ‘myself’ and ‘your face’. The younger him is still him. However, he has changed, and his younger self feels like another person. There is a sort of separation of his identity between him now and his younger self. But what truly separates the two? Newfound knowledge or a new purpose?

Whilst the first part is slow, when he raps the second phrase, he is firmer with his voice. He answered the question without feeling fulfilled because he simply has no answer. Although ‘I don’t know’ is an answer in itself, he might be satisfied with it as an answer.

When RM began the first verse, there was a sound of a ‘ticking’ from a clock, which was then repeated before the second verse. His time is passing slowly as he’s daydreaming. During the break between the first verse and the second one, drums are used to create a low beat that goes higher at some points. I think of this as a way to resemble a pulse or a heart beating, like during meditation when you tune in with your body.

“life is a word that sometimes you cannot say”

Sometimes, we are so swept up in the motion of living that the word ‘life’ becomes too burdensome. Instead of life-living, we are simply surviving. However, the word ‘sometimes’ gives hope; surviving isn’t always the case. Some days are enjoyable enough to call it living, and sometimes a few days of that satisfaction are enough.

“And ash is the thing that someday we all should be”

Ash is an obvious reference to death. One day we will be at rest, and the pain that we feel will end. Notice the use of ‘should’. It should end but it doesn’t mean it necessarily will. RM either means that one day the pain should end, even if not in the present moment, or he makes a reference to reincarnation. The cycle is ongoing, but one day the soul will have to rest, and when it finally finds peace, it will simply become ash.

“When tomorrow comes, how different is it gonna be?”

When tomorrow finally comes, will it be a repetition of today’s events? This question is more rhetorical, a passing thought or a wonder. He will find the answer when tomorrow arrives, when the sun rises again.

He may feel exhausted by today, hoping tomorrow will bring more joy.

“Why do love and hate sound just the same to me”

Many know the phrase ‘there isn’t much difference between love and hate’, and to him, the two words sound the same, they are the same feeling. You cannot love someone without hate just as you cannot hate them without love. Why do they sound the same? He can’t see the difference and possibly is stuck wondering if there is a way to decipher between the two, or if there is any point to doing so in the first place.

He’s taken up by thoughts that keep him awake at night, they relentlessly circle his head. As for the word ‘homesick’ I don’t believe he means a specific place. He could mean he feels as if he does not belong to the city, that his place in the world is elsewhere. Another way to look at this is that he doesn’t feel homesick towards a place, but to the younger version of himself. He misses the person he used to be, someone that was so familiar to him, he feels like he is homesick without who he was.

Additionally, during this part his voice turned breathier, showing his exhausted state as he tried to fall asleep.

“But I just wanna stay right next to you”

From my first point, although it feels like the city has rejected him, he will stay where he is, in Tokyo.

From my second point, although he wishes to go back to the younger version of himself, he will stay with who he is now, he will try to love who he has become a little more.

If he has the ability to decide what he really wants to do he will stay in the city/ with who he is. That is his dream.

If, however, RM wants to stay by the person he is now, he may be wishing not to change the way he is any longer. If ‘tomorrow comes’ and is no different from today, he cannot change as he’s basically re-living the same day.

The song ends with an echoing sound of whistling, the noises of cars and trains very faint in the background. Although seemingly insignificant it could be that everything until now was a mere illusion, his imagination.

Notice the way the title of the song ‘tokyo’ isn’t capitalized. The place he’s in isn’t the actual city, it is something he simply imagined, a daydream. The whistling and echoing is him drifting back into reality, where everything may either be different, or the same.

My personal resonance with this song is the yearning of our childhood innocence as life becomes tiring with responsibilities and, as a result, tires our inner child. To escape reality, one might daydream of a better place, somewhere where our hardships are lessened or simply don’t exist, and in certain moments the song feels like a yearning towards living such a daydream. For many people it may feel as if the world weighs on their shoulders and from my perspective, the song and the rest of the album lessen that burden.