‘The Black Mozart’ or ‘The White Chevalier’? : The Whitewashing of Classical Music’s History 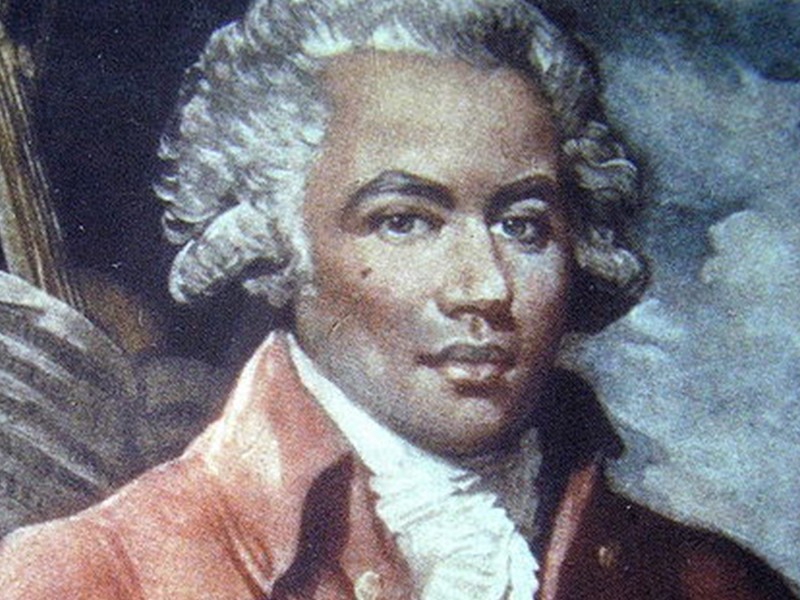 Ella Fitzgerald… BB King. That’s what Black History Month means to me. When we look back over the last few centuries of music, an extraordinary and irreversible change can be seen taking place. Through the slave trade, thousands of talented black musicians arrived in Europe from Africa - and with them came their culture. Complex rhythms, bluesy vocals and the unashamed expression of emotion are all characteristics we associate with nearly every form of popular music, all of which can be traced back to their African roots. Something often overlooked and underappreciated is the enormous impact black artists have had on the culture we enjoy today.

But at least we know who they are! There is still one genre which makes popular music look like a utopia of racial equality: classical music. Ever since Tudor times, there have been black composers and performers who have successfully reached the highest peaks of society. Celebrated at the time, they are now absent from every educational syllabus and concert programme. From Henry VIII’s trumpeter John Blanke to the 19th century prodigies Avril and Samuel Coleridge-Taylor, every ounce of creativity that black musicians poured into classical music has been forgotten. Of all of these unnoticed creators, there is one who stands out as one of the most talented men of the 18th century – at least equal to Haydn and Mozart.

His name is Joseph Bologne and this is his story:

Born in 1745 during the height of the slave trade, Bologne was the son a wealthy slave owner and his wife’s sixteen-year-old Senegalese slave, Nanon. He was destined to be denied the same rights and privileges as other Frenchmen, having been born illegitimate and as a “mulatto”. Due to France’s “Code Noir”, he was unable to inherit his father’s title or marry anyone of higher social status. Unlike many in his situation, however, Joseph Bologne had the fortune of being born into a family who accepted him.

At the age of eight, his father paid for him to be enrolled at a prestigious boarding school in mainland France. He also financed his training at Tessier de La Boëssière's Académie royale polytechnique des armes et de l'équitation. Boëssière was well renowned as the best teacher of fencing and horsemanship in France and is even attributed with having invented the fencing mask. As it turns out, Bologne was equally gifted with the sword.

At 15, he was already beating world masters in the sport, such as the famed Alexandre Picard, who had previously mocked Bologne, describing him as “Boëssière's mullato". The match was watched by a huge crowd, delighted to see a man of such racial prejudice beaten by a student of African heritage. His fencing prowess led him to spar daily in the salles of Paris and even fight exhibition matches in front of the Prince of Wales. If this wasn’t impressive enough, he even fought a match whilst suffering from meningitis, during which his arms were described as moving “like lightning”.

It’s unbelievable that he is remembered foremost as one of the first black composers of “classical music” over his skating, boxing, hunting and horse-riding expertise. Bologne’s skill at both the violin and the harpsichord point towards extensive practice from a young age. By 1769, he was a member of Gossec’s Le Concert des Amateurs. Four years later, he was the conductor; another three and he was performing two of his own violin concertos at the Concert Spirituel.

In eight years, he wrote three sets of six string quartets (some of the first in France), three piano and violin sonatas as well as one for clarinet and one for bassoon, twelve violin concertos, six violin duets, a sonata for harp, for flute and for cello and eight symphonie-concertantes, whilst keeping up his fencing career. For the rest of his life, he focused his attention on his love for the stage, writing six operas over the next twenty years.

Marie Antoinette was a huge fan of his work-most of the ladies admired him as he was a handsome and intelligent young man- "Performing with great precision and delicate nuances”. Sadly, the Concert des Amateurs orchestra, of which he had become leader, was disbanded in 1781 due to lack of funding. As an early black mason, Bologne secured the help of Phillipe D’Orleans who grouped it with a mason Loge. Now named Le Concert Olympique, the orchestra were performing at huge venues such as the Palais Royale and the Salles des Gardes-Suisses. It was Bologne who conducted Haydn’s six Paris Symphonies and yet he has dissolved into the mists of time.

Bologne was also a prominent abolitionist and a member of “La Société des amis de noirs”. He worked hard to get the Prince of Wales on his side and delivered messages to men like William Wilberforce, John Wilkes and Thomas Clarkson both times he went to London. Eventually, the slave traders became tired of his activism and sent five men armed with pistols to silence him. Bologne was not easy to silence. After leaving his education, he had earned the title Chevalier de Saint-Georges. The five men were all lying unconscious on the floor.

His strength and strategy also came into use during the French Revolution. Despite his aristocratic way of life, he chose to oppose the monarchy in the hopes it would lead to greater equality between races. Bologne had experienced racial prejudice first-hand. Once, he had been denied from entering a hotel due to his skin colour and his mother hadn’t even written his real name into her will for fear of tarnishing his reputation.

In 1792, he led the first army of 1000 black people into battle. The "Légion franche de cavalerie des Américains et du Midi" was soon renamed to "Légion Saint-Georges” after glorifying tales of his bravery and leadership. Regardless of his status as a fearless colonel, he still faced criticism due to his friendship with the aristocracy. It didn’t matter that he had halted “The Treason of Dumoriez”, stopping the general from reinstating the monarchy. No-one cared that his legion was underequipped and underfinanced. He dealt with a barrage of comments every day claiming he was riddled with debt and using public money to repay it. In the end, he was falsely imprisoned for eighteen months over these allegations and was threatened repeatedly with the guillotine. Even when he was released and returned to the Caribbean, he was on the wrong side of slave uprisings as a rich aristocrat, who wasn’t even entirely black. Despite constant petitioning and support from all of his soldiers, he was never allowed back into the army.

Saint-Georges drowned his sorrows in music, creating a new orchestra: Le Cercle de l’Harmonie. “Towards the end of my life, I was particularly devoted to my violin,” he said. “Never before did I play it so well.” In 1799, he died poor, after suffering from a bladder disease he repeatedly refused to acknowledge.

The man John Adams called “the most accomplished man in Europe” is now remembered only as Le Mozart Noir. Bologne represented everything Mozart was not: handsome, successful, and powerful among the aristocrats. For this reason, some believe that his infamous villain in the magic flute, Monosantos, was actually inspired by the Chevalier. Furthermore, the Chevalier inspired Mozart to write symphonie concertantes and was the basis of Mozart’s iconic style of violin concerto. In that case, should Mozart be called the White Chevalier?

Yet, people are striving for change. Organisations such as the Chineke Foundation hope to create equality by creating the world’s first truly diverse orchestras. In regard to the Chevalier, Bologne’s story is set to be told as part of an upcoming film by Searchlight Pictures. Furthermore, his work is being shared with the next generation through the BBC’s Ten Pieces project.

We can only hope that someday classical music will be less – well – white.