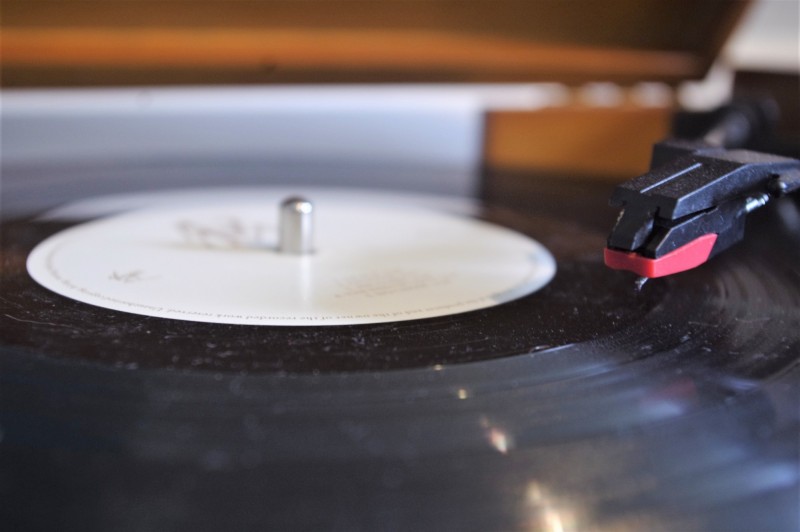 Amid all the grief, boredom and confusion which defined 2020, music was there to comfort us. More than ever before we realised the significance of music in our lives. With live shows cancelled and studios shut, huge artists had to resort to recording in their living rooms. Music began to reflect the times. With more intimate music from pop stars such as Taylor Swift, protest music in the wake of racial violence in America and innovation all around, the music made in 2020 could not have been made in any other year.

Here are five very different artists whose albums each stood out to me for encapsulating the bizarre life we live today:

Rina Sawayma’s debut album takes us on a vivid journey throughout her childhood years. As listeners, we experience what is like to grow up in a fragmented family, floating in limbo between two cultures and the expectations associated with them. She effortlessly evokes the sound of the 2000s with a swathe of genres including pop, nu metal, Rnb and dance music. The album intricately layers this bizarre concoction of styles into something which almost makes sense.

It does more than make sense. The record highlights the prevalent issues of Sawayama’s teen years, which, as always, have yet to be resolved. ‘XS’ focuses on the increasingly avaricious and materialistic nature of our society, the result of which is clear to see in the climate-fuelled track, ‘F**k This World (Interlude)’.

Perhaps the most iconic track of the record is ‘STFU’. Inspired by the constant bombardment of racist micro-aggressions which plague her everyday life, it is a roaring nu metal track, screeching with dissonance. The chorus, however, intersperses this fury with passive-aggressive synth-pop, as she whispers “shut the f**k up” to the sound of shimmering percussion.

The album begins with unbridled energy. The intrinsically catchy ‘Dynasty’ details the pain she inherits from her family and whether she will ever be able to “break the chain”. Another highlight is the punchy, dance-track ‘Comme Des Garçons’, which explores how adopting negative male tropes is the only socially acceptable way for women to act confident.

However, it is the more serene tracks, ‘Bad Friend’ and ‘Chosen Family’, which carry the most weight; the latter’s fusion of video game soundtracks and wailing guitar solos brings you close to tears. An emotional journey from start to finish, it is hard to believe this is Sawayama’s first record.

2020 saw the three Californian sisters return with a bigger and better album than ever before. Fusing their typical summery pop, with darker, more poignant storytelling, Haim channel the depression they have all experienced since 2017’s Something to Tell You. All three have spoken of tragic circumstances: Alana’s close friend passed away at the age of 20, Este continues to suffer from type-1 diabetes, meanwhile Danielle’s partner, Ariel Rechtshaid, was diagnosed with testicular cancer.

The title of the album is satirical: it derives from the media’s obsession with labelling Haim as “the women who make rock music” – as if this is some kind of gender-defying sorcery! The rest of the album is scattered with similar jabs at the press. An entire song, ‘Man at the Magazine’ slams reporters for their inappropriate questions at interviews.

The tranquil sighing of alto saxophone that permeates throughout ‘Los Angeles’ sets the mood for the entire record. Reflecting on a love for her city, Danielle Haim’s melancholy lyrics go straight to the heart: “Los Angeles give me a miracle, I just want out from this”. ‘The Steps’ follows the singer’s desperate attempts to save a relationship which is doomed to fail. Although the song has clearly stemmed from the unforgettable guitar riff which introduces the song, it shows more characteristics of country music than rock – once again showing Haim’s refusal to be “put in a box”.

‘I Know Alone’s simple bassline, echoing vocals, haunting acoustic guitar and out-of-place drumbeats are unbelievably moving. Together, they manifest loneliness and the long drives Danielle says she used to cope with it. This feeling is explored further in ‘Now I’m In It’: a rapid stream of consciousness over the percussive sound of muted guitar. Haim sings about the conflicting voices inside her head and dealing with depression.

Some songs are classic Haim whilst others channel their renewed love of Joni Mitchell. Overall, the album is a release and something we can all find solace in.

For many, Taylor Swift’s two surprise albums were lifelines in the murky waters of 2020. Announced less than 24 hours before their release dates, the albums produced a rush of excitement among fans, who missed out on seeing her grand performance at Glastonbury due to the pandemic.

The records appear to be a form of escape for Swift too, who has changed her style dramatically from the sparkling pop of last year’s Lover. Instead of playful basslines and youthful energy, Folklore explores a more relaxed, reflective style. In going back to her roots as a country artist, Taylor Swift is using lock down to reminisce on her teenage years. Evermore, meanwhile focuses in on the present. The pain of adult relationships and marriages is abundant throughout.

Folklore’s themes are evident in the “teenage love triangle”, a collection of three songs: ‘Cardigan’, ‘Betty’ and ‘August’ which each explore the trials and tribulations of young love from the perspective of one of Taylor Swift’s invented characters. Her lyrics are what carry the record forward, especially her lucid depictions of the life of Rebekah Harkness - Rhode Island socialite and former owner of Swift’s 8-bedroom mansion in Rhode Island – in The Last Great American Dynasty.

Folklore saw Taylor dip her toes into the world of indie folk and alternative rock. By Evermore, she was ready to dive deeper. From the rich orchestration of Gold Rush to the dark country monologue of No Body, No Crime, Swift explores every avenue of her newly found style. Both albums were in collaboration with Bon Iver and The National’s Aaron Dessner, whose influences permeate every song.

Taylor Swift’s departure from polished production and flamboyant pop is a welcome one. The flowing melodies and vocalised internal monologues which followed were the perfect antidote to isolation blues.

The rapid rise of Fontaines D.C to the heights of punk rock stardom was the fascination of music fans in 2019. After their debut album was nominated for the Mercury Prize and labelled as the BBC 6Music “Album of the Year”, there was much talk about how the Dublin quintet could possibly top what they had already achieved.

The answer can be found in this year’s Hero’s Death. The record is a step in a different direction and one that frontman, Grian Chatten, believes will kill some peoples’ idea of the band. Written whilst the group were on the move, the record eschews their original harsh punk sound for something softer and psychedelic. Gone are the intriguing characters and tales of Dublin. Now, we get a glimpse inside Chatten’s mind – how he views himself and the world.

‘Lucid Dream’ explores the toll fame has had on the band members’ mental health. Much of the record examines identity: is he himself anymore or will he always be seen as the frontman of Fontaines D.C? ‘Televised Mind’ examines whether our opinions are really ours or whether they are forced upon us. The record even begins with a refusal to succumb to the expectations of others. ‘I Don’t Belong’ is the compete antithesis of the opener to Dogrel, which spoke of abandoning a childhood where ambition was “an illness” and fighting to reach the top.

The title track lurches between the minor and major keys as Chatten hypnotically repeats age-old advice (“Happiness really ain’t about luck,” “Don’t sacrifice your life for your health”) before dismissing these empty phrases. “Life ain’t always empty” he drones, “decide how you live it for yourself,” he implies.

If the idea of the band is dead, their music certainly isn’t.

A global pandemic wasn’t all that dominated the headlines last year. On the 25th of May 2020 George Floyd, a 46-year-old unarmed black civilian, was murdered by a white police officer in Minnesota. The world erupted into chaos. In the events that followed, the extent of systemic racism in America and around the world was exposed and a wave of protests ensued.

Music has always been a form of protest. However, it can also be a glimmer of hope. In SAULT’s two double-length albums, the two are fused into a stark message for the future: a push for change and a celebration of everything ‘Black Is’.

Perhaps the most interesting aspect of the band is that no-one knows who they are. Yes, there have been speculations and a name-drop here and there, but in essence they are anonymous. This adds an extra facet to their sound. By avoiding all publicity, their message is given an extra dose of authenticity.

Not that it needs it. These two extensive records were written as reactions to the murder of George Floyd. However, Black Is was released on Juneteenth (only a month later), and Rise, four months after that. Nevertheless, the music is of superb quality: a blend of perfectly black music including R&B, disco and soul. Instead of disregarding the music in search of the message, the message is the music. In embracing black culture, they embrace blackness itself.

Opened by the raucous chanting of “The revolution has come”, Untitled (Black Is) fights for the future. This mantra morphs into the disturbing cries of children in ‘Stop Dem’ and still feels present in the luscious vocal harmonies of ‘Hard Life’, featuring Mercury Award winner Michael Kiwanuka. ‘Don’t Shoot, Gun’s Down’s’ African polyrhythms are partly obscured by the wailing of police sirens but nothing embraces the future generations as much as Rise’s ‘Little Boy’.

The Untitled albums are protest music tailor made for 2020, records that musically look back to the past and lyrically dream of a new future.

Alex B, studying A Level French, Music, Biology, and History.