White privilege - what does it mean to you? 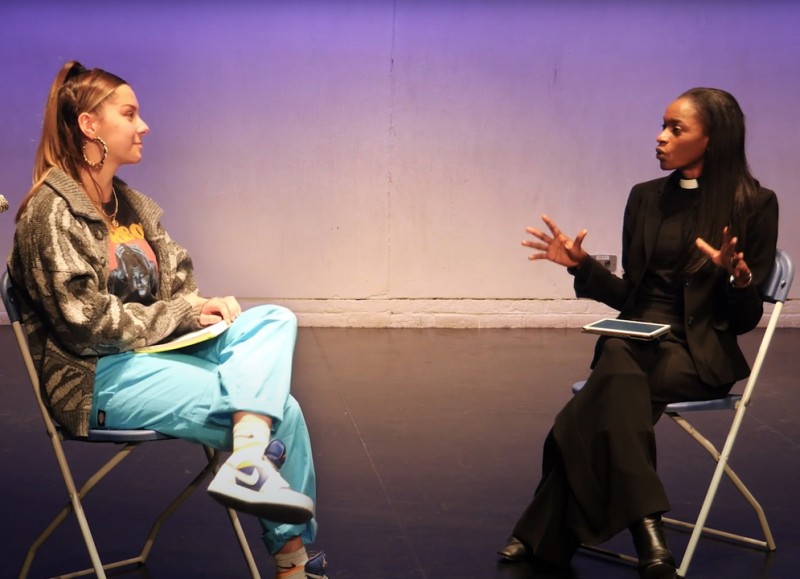 In October last year, Reverend Kina Robertshaw came to Hereford Sixth Form College, alongside the Bishop of Hereford, to discuss issues of racism in Christianity. The previous five months had born traumatic and inhumane acts of racial hatred that halted the world and everyone in it, greatly humbling white people in particular whilst some gradually became aware of what privileges their whiteness had entitled them to. This meant that for a lot of white people Black History Month would have been their first one of significance, empathy and engagement, and this is mainly why I found Kina’s speech so important. She spoke passionately to a room of predominantly white, young people, so eager to engage and enlighten and to share her story whilst we all watched in awe, and I concluded that this is what I started to understand as a prevailing contributor to racism in the UK: white people do not want to talk about race.

In my experience, a lot of white people feel incredibly ashamed of the racism that lives and breathes in our country and has done for centuries. So, instead of educating themselves, listening to black voices and bringing themselves to a state of accountability for their wrong-doings, they allow a sense of white guilt to fester inside of them, resulting in them receding further into a state of ignorance and shelter within their white privilege. I was in a deep state of admiration and awe after Kina had finished speaking and I was in no way ready to leave the room after Kina had only just revealed the tip of the iceberg. We sat together, talking to each other about what steps need to be taken by white people to move towards an anti-racist society. Kina had just proved to me that racism is not a ‘black problem’ as the media constantly paints it to be; by reaching out and starting a conversation about race with white people, it was evident to me then that racism is a case of white people staying silent and complicit in the face of racism for the sake of their own comfort. This powerful discussion we shared was just the beginning.

Kina and I stayed in touch and planned on hosting an event together in which we would interview each other, however, courtesy of lockdown and Covid restrictions, it seemed as though the opportunity would never arrive. With great help from Deborah, the College Chaplain, the event was organised for the 11th of May in the PAC with an audience of a bubbled sociology class and was filmed by the Diocese. We had some prepared questions which we had briefly discussed in order for us to gauge where our conversation would take us, but other than that our words walked from our hearts to our tongues. We sat down, the lights on our faces, a microphone leering towards each of our mouths and around seventeen pairs of eyes tracing every inch of us. Kina smiled at me warmly and began to speak, and the passion within me ignited again. The topics of discussion danced from institutionalised racism to tokenism, white women’s involvement with racism and how we can move towards an anti-racist society as a whole. I am incredibly honoured to have shared this opportunity and that Kina was willing to engage with me, a white woman, on topics of racism after she has undoubtedly partaken in many disappointing and infuriating ones with white people in the past.

One point of great significance that we talked about was in relation to the impact of George Floyd’s death and his murderer Derek Chauvin’s conviction and what it has meant for the Black Lives Matter movement one year on. Some incredible changes have happened, and justice has just begun to be served. However, this change needs to be put into perspective: Derek Chauvin was the 8th officer since 2005 to be convicted of murder out of over 16,000 killings by the police, in the US. So yes, the change we are making is monumental, but it also demonstrates how normalised it has become for us accept the unjust murder and disregard for black people within society. It took a video going viral of George Floyd being brutally murdered for him to receive justice, what about those who were not filmed, what about those who were filmed and still ignored like they mean nothing? So, whilst white people continue to smack down their laptop screens when they have seen enough and continue to ‘not want to get political’, staying silent and complicit as they watch from the height of their privilege, then our steps will remain tiny in trying to defeat racism. Now is the time to take accountability, to start conversations and adapt your white privilege to benefit black people.

A Conversation on Racial Injustice