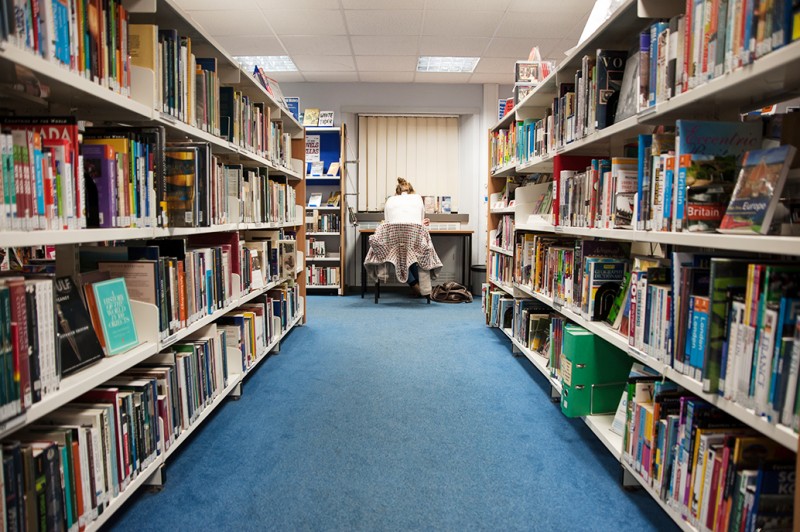 I attended a private boarding school from year 9 through to year 11. I was a “below average” student, as they like to put it, and was in bottom set in every subject. I managed to move up to 5th set from 6th set in English in year 10, which was the only success I had in my three years there. I was part of the equestrian team, but only so I could go home more to see my family and I thought it would reflect me in a better light towards my teachers (it didn’t). I felt huge amounts of pressure on my shoulders to achieve good grades there, then to go to University, then get a successful job and live a successful life, but I really didn't care that much. Year 11 was probably the worst academic year with the pressure growing larger and larger. I failed my mocks and then the conversations started. My housemistress used to pull me aside at night and would say “with the grades you’re getting you won’t be attending sixth form here”. I always assumed they were empty threats to make me work harder but looking back, I realize how naive I was to think that. My friends were incredibly smart and were on track to achieve top grades. They worked hard, leaving me feeling like the odd one out, unable to achieve the same grades. Even on the tests I revised for, I still didn’t get the grades I needed to stay, so as the pressure and the nagging increased as we progressed towards exam season and I gave up. I started saying “what will be will be” and “they won’t kick me out’. The only exam I remember devoting my time to was English as I loved it so much, and it definitively shows in my grade. Admittedly private school did help me, and I did love my teachers. I attended workshops to try and help push my grades up, yet it simply didn't work. I just wasn’t motivated. I always saw myself as ‘dumb’ and thought there’s no point trying if I’m still going to fail anyway.

When exams had finished, I wasn't very optimistic about my grades at all. I thought, to save myself the embarrassment, I’d better take everything home with me in case they didn't have me back. I am extremely grateful I did that.  Results day came around and was an extremely stressful day to say the least. To my surprise (and my parents’) they were awful. I’d only obtained 5 GCSEs. My mum received the dreaded call from the Head, saying “unfortunately we just don't think this is the right school for Lucy and she would struggle with A levels”, a response which I wasn’t expecting. After spending a couple hours of crying, I decided I wanted to prove them wrong.

So, I came to Sixth Form to do just that, choosing three ambitious A levels in Politics, English Literature and Sociology (I can’t forget the Maths GCSE I never quite achieved until last summer). It took me two weeks to drop Politics, choosing Law instead. Only knowing a few people in the year above me, it allowed me to have fresh slate; nobody had an opinion on my intelligence. I quickly made friends who I am extremely close to. They made me realise how much I had hated private school. I no longer felt ‘dumb’ against everyone else, teachers didn't have a go at me for not getting an A* on every piece of work I completed. You could easily argue that Sixth form teachers treat you like adults, a concept completely alien to me. There was no competition as to how much money one had or who had the better summer holiday; everything felt calmer.

Once I realised that I had a chance of being somewhat successful, I decided that I wanted to go to University, something I never thought would come out of my mouth to be honest: I just didn’t thought I was smart enough. I have more faith in myself than I did two years ago. My work ethic has changed dramatically, I am keen to do well in my exams and my work.

Looking back, I’ve realised one of my biggest regrets is not working hard for my GCSEs. With the confidence I have now, I realise how well I could’ve done. However, if I had achieved good enough grades to get back into Private school, I think I would have either really struggled and therefore not applied to University or I would’ve dropped out. I began suddenly to see a future for myself that I couldn’t have done a few years ago.

I will be forever grateful for the opportunity I had to attend private school and I did enjoy some moments at that school. Boarding life wasn't too terrible, it just depended if you liked the girl you were sharing a room with. Inevitably, at times, I didn't, but you just had to suck it up and get on with it; my mum always said it was a great life skill to have to deal with people you don't always get on with. I know so many people that have enjoyed it and still are enjoying it. The reality is, like all things, it doesn't suit everyone and there is nothing wrong with that. Yet here at Sixth form, I have so many more options than I would at any private school. My A levels are completely different from what I originally chose there, for example. There was judgment surrounding subject choice at my private school with the most adventurous subjects on offer being Psychology or Drama.

I used to be so embarrassed by getting ‘kicked out’ of school, I told no one about it as a result. I just made up some lie to cover. It took me a while finally to tell the truth to the people I was still friends with who attended the school. I am now able to laugh about it and make jokes about it without getting upset. It truly was a blessing in disguise, and I couldn't be happier where I am now; I no longer see education as a negative thing. I think the reason I enjoy sixth form and education now is simply because the pressure is off my shoulders. I can make mistakes without feeling like it’s the end of the world. All I can do now is get the best grades I can achieve at A levels and prove that I am able to do A levels, attend University and that I'm not “below average”.