Extinction Rebellion: An Interview with a Climate Activist 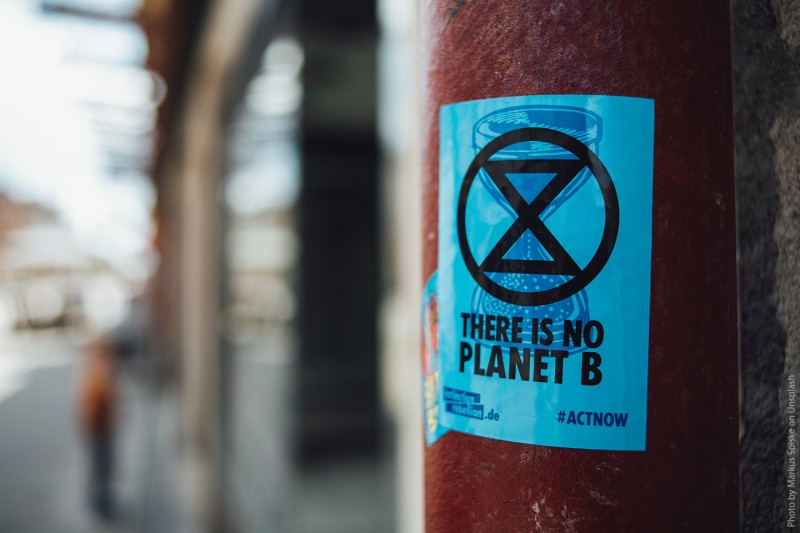 Why is Extinction Rebellion important to you?

Extinction Rebellion is really important as we are facing a planet emergency. If we read the material scientists are predicting, they believe there will be total social breakdown within 18 months because of rising sea levels and the devastation caused by global warming. We think that various governments are pushing it back, and saying we have to worry by 2050, we need to get electric cars by 2030. But Extinction Rebellion have had a very close look at the science and believes that it is an absolute climate emergency and we have got to act now.

What steps do you take in your day to day life to help prevent the climate crisis?

This is a really important point, because there is a lot of shaming involved here; the minute I start talking about extinction rebellion people say ‘Oh, well, I’ve got to fly because my children live in Canada, how can you stop me?’ The things is, it’s not about banning people from doing certain things, it is about everyone doing a tiny bit no matter how little that is. Of course, we recycle, try and walk places, I’ve stopped flying, I would only get the train places- I would never consider a long-haul flight. I consider people who take long haul flights, while Australia is on fire, while the Arctic is melting, to be selfish, because 11% or carbon output comes from flights. Then again, an incredibly high percentage comes from 4x4 vehicles driven in America, and they became popular simply because they were subsidised, almost, as people in mountainous areas actually need 4x4s. But in California, people actually liked them because they were waived out of all the very strict emissions controls, so eventually 50% of new cars in California were four-by-fours. They are not being driven in the Rockies, but these are horribly polluting vehicles, and the sky in California went orange again because these vehicles got around all of the controls that were brought in.

How do you feel about individuals arguing that they need to take long-haul flights to see animals in the wild before their likely extinction?

I’ve heard it said that it is better to go now before they become extinct. It’s an interesting debate, the idea being that you seeing these animals will make you more empathetic and you will fight for their survival more. However, we see them much better on David Attenborough documentaries, and on 5 African safaris myself, and it didn’t increase my empathy. I loved it and it was a lovely holiday for me, but I would be a fool to say I had not seen much better footage on a David Attenborough documentary.

Do you agree with the more extreme protests, for example people gluing their hands to breeze-blocks and protesting on the London Underground?

The cement-blocks was good, because extinction rebellion there are campaigning against the fact that London has exceeded World Health Organisation guidelines for air pollution for about 20 years, and they have finally been called to the Court of Human rights as 26 Londoners die every day from air pollution because the air there is completely toxic. There is a primary school in London by a busy road where the children aren’t allowed to play outside because the air is so polluted. It’s called fine-particle pollution, and it’s a killer. It’s known as a killer, but the Government hasn’t brought in the awkward measures, like banning diesel cars or banning cars except emergency/transport vehicles from the centre of London because it doesn’t want to lose votes of one kind or another- I suppose the dead can’t vote, can they? There are people who escape from London at the weekends who perhaps don’t suffer the same ill effects: the rich people who live in less polluted (yet still toxic) areas, but the issue still needs to be dealt with. Extreme measures like stopping a tube going, impacting the poor working people who still have to get on this train to get to work, are actually not supported by Extinction Rebellion. The tube incident was actually by a fringe group, and the main movement had voted against that, but some people feel so strongly that they took that action. In terms of people being attacked, for example Jeremy Clarkson has attacked Greta Thunberg on the grounds that she is not very attractive and they have called her a Swedish dwarf, a mutant dwarf, she has experienced a lot of trolling and online abuse, simply because all she does is read the facts, she reads the papers that the scientists have written. All social movements have come under attack from people who have said they are ugly; the suffragettes were simply fighting for the vote and were labelled as ugly trolls, strident hyenas. The Women’s Liberation movement in the 1970s campaigned for women to have equal pay for child-care, for basic targets that have mostly been achieved and they were called crazy extremists. The Labour movement, the Peterloo Massacre in 1817 when working people who were campaigning to get the vote for working-class poor people were shot. The tide of history, I believe, is on our side; with all of these protest movements, people will look back and say thank God somebody was campaigning.

So do you consider the Climate Emergency to be at the same level of importance as Women’s votes In the UK?

Yes- no, almost more important. The predictions are, if we do nothing, if we go to 5 degrees warning, where the ice in the Arctic has melted and that sea becomes black and it absorbs heat, and the carbon sinks in the Arctic Circle, releasing methane in Siberia, we will come to a tipping point where it just gets hotter and hotter. If we go to 5 degrees global warming the middle part of the Earth becomes completely uninhabitable, we are talking about roasting daytime highs of 60/70 degrees centigrade, so the population of the earth will have to live in either the arctic circle or Antarctic, in both of which all of the ice will have melted; or as far north as Spitsbergen, and the northern most parts of Sweden and Norway will be habitable, and perhaps New Zealand, and that will be it, that’s where the entire world’s population will have to live, and all of the animals we love will be gone.

How would you recommend people adapt their day-to-day lives to help your cause?

I think we are all becoming more aware. I mean we are protesting in Extinction Rebellion for Government action because all of us try to do tiny things, so we focus on things like plastic bags, which has been miraculous since the broadcast of David Attenborough’s documentary showed the birds dying due to plastic pollution, the use of plastic non-recyclable bags has crashed, so many billion barrels of oil have been left in the earth because they aren’t being made into plastic bags, which is fantastic. Unfortunately, you only get a David Attenborough effect once or twice; we had a government under the conservatives, the last majority government under David Cameron, they promoted and subsidised solar panels and so many houses got solar panels, we actually got solar panels at that time, and then they cut the subsidies. So we are saying the government needs to have action to massively promote green power, in America they call it a green new deal but it would create thousands of jobs building solar powers, wind power, we could have tidal powers across the Severn Estuary, which is controversial, but that could power the whole of Wales. So we would be no longer digging up this oil and putting carbon in the air, we would be putting halt to it, and maybe we even need to be reversing carbon consumption.

So would you say the most important thing the people could do is vote Green and protest for Extinction Rebellion?

Individual people can think hard and look at their carbon footprint, think about buying an electric car for their next car, use public transport where they can, think about all of the beautiful places in Europe and all of the beautiful places you can see going by train or bus (slower transport). Do we really need to pack ourselves into a plane, fly for 15 hours, burning up loads of carbon, and lie on a beach in Mexico as if under a sun lounger lamp for a week, and then fly back with a tan? What is the point of that? Just to say ‘I am helping to destroy the Earth’, because in my opinion that is what you are trying to do. Take a train to Spain, a beautiful, slow and civil way to travel.

And what though would you like to leave with our readers?

Extinction Rebellion is all about hope. Some people say that they have given up that they are just going to move to very high ground near one of the poles and leave the rest of us to die, and there are people actually doing that. But Extinction rebellion believe there is time to save the Earth, we just have to act now.