U.F.Owen and the Donkey Disappearances - Part One 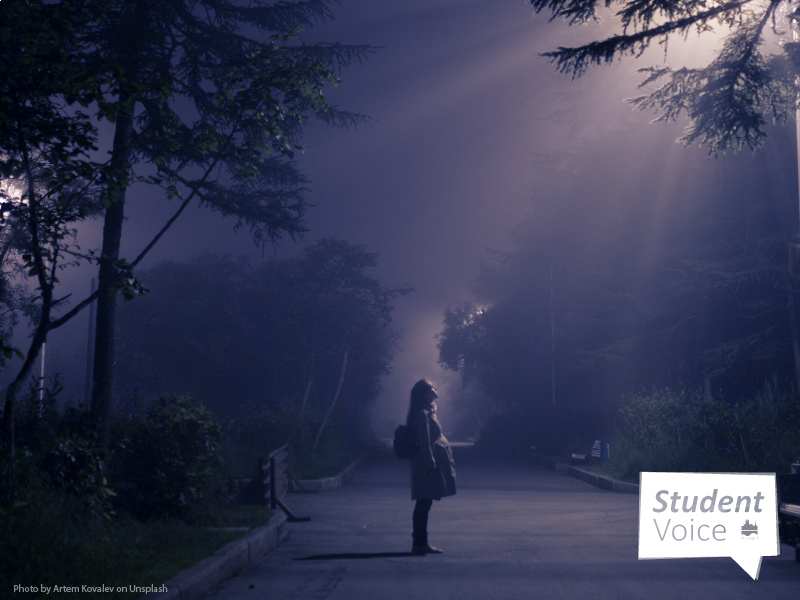 There’s a little seaside town somewhere along the east coast of England…or was it the west coast of Wales? Either way, this town was named Elvis-Upon-Sea; no relation to the king of rock’n’roll. It was a nice old place, bit tacky but that was part of its charm.

One day, in that town of Elvis-Upon-Sea, just as the amber hues of sunrise had begun to make their way through the morning mist, a broad-shouldered man named Allan Usborne lumbered down the pier. His were still bleary after a long night at the Fisherman’s Feathers. Further down was a second man, scraping at his left shoe with a piece of driftwood.

“Step in it did you?” Allan called out.

“It’s those ruddy donkeys! Mucky Mark never cleans up after them!”

“That’s why they call him Mucky Mark, mate.”

“Is it? Anyway, I thought they would’ve banned donkey riding by now. Poor chaps, having to plod up and down the beach all day carrying some snotty sprog on their back.”

“Look Owen, you better get that stuff off your shoe sharpish. Gotta look presentable for the grand opening.”

Allan was on a veritable crusade to make the grand opening of ‘U.F.Owen, alternative investigative services’ the event of the year.

“You know I hate the name, don't you?” Clarified Owen as he wiped his heel against the floor.

“Oh lay off! U.F.Owen is catchy, it’ll bring the punters in.”

“I don't want punters, I want clients. We’re trying to start a genuine, respectable institute dedicated to the investigation of extra-terrestrial and/or paranormal phenomena. It’s science, Allan, its serious.”

“And that’s why we’ve set up on the pier between an arcade and a candy-floss stall then, eh?”

And so the day went on. Balloons were inflated, posters were put up, there was even an attempt at a buffet. When I say attempt, I do mean attempt, it was less like a grand banquet and more like four supermarket meal deals put onto plates and plonked onto a foldable table outside.

A fifty-something year old woman dressed in bright bohemian clothes liberated a crisp from the aforementioned display before doing a sort of limbo to get under the red ribbon which had strung across the door. She was shocked by how tidy the place was. Files and books were neatly ordered on shelves, a small assortment of grand but second-hand leather seats surrounded a large desk in the centre of the little room.

“Oh, hiya Sandra!” Allan greeted cheerily once he spotted her.

“Hello, love. All ready for the doors to open?”

“Not yet Mum so do you mind coming back later like everyone else?” Owen butted in.

“I think you’ll find that I can do what I like, you wouldn't have this place if it wasn't for me.” That was true, affording the rent would’ve been impossible if it wasn't for Sandra and the donations of a few internet conspiracy nuts.

“Oh, and you boys better remember your side of the deal. Once you’ve finished up here, I want you working the late shift at the shop.”

“I’ve told you already, pedalling your snake oils and magic crystals goes directly against my beliefs,” sneered Owen. He was above the new age nonsense that’s his Mum kept in stock, he was only interested in sensible things…like aliens.

“That’s what you think.”

“He’ll grow up eventually, Allan. The doctors say it should happen any day now.” Sandra joked. “Anyway, I only really came so I could give you this.” She took a large chunk of amethyst from her sling bag and placed it carefully on the desk.

“No, love, amethyst has powerful protective qualities. It’ll help with your investigations.”

Sandra stopped herself making a remark about how daft their investigations really were, in return Owen said nothing about the crystal beyond a brief but genuine ‘thanks.’

“Right then, I best be off. Blessed be, you two.” Sandra repeated her little limbo manoeuvre and disappeared down the pier. I suppose you could say she disap-pier-ed. No?”

“Owen, mate, you wouldn't happen to have any glitter, would you?”

“I heard you the first time but…what? Why do you need glitter?”

“To go on this,” Allan dragged a cardboard box out from behind on one the seats “It’s a submission box. I’ve made little paper slips for it; I was thinking when the people come in for a look around they can write down any weird happenings and pop ‘em in the box so that we know to check them out. Thought some glitter might make it more appealing is all.”

“That’s actually not a bad idea. The box I mean, not the glitter.”

“Do you think this gonna work out for us?” Allan asked.

“Of course it is, you having doubts?”

“No, it’s just, I mean how much of a market is there for paranormal detective services?”

“May I remind you that we’re in Elvis-Upon-Sea? Strange stuff happens here all the time.”

“I know, I know. But it wasn’t too long ago when everyone thought that we were the town loonies.”

“Those days are over. Everybody knows we’re legitimate now.” Owen assured. “Besides, we haven't even opened yet so let’s just take it a day at a time. We’ll see what the future holds.”

“Yeah mate, you’re right.  Maybe this’ll never turn us in millionaires but that’s okay, it doesn't have to be big does it?”

“No, not at all. As long as we end up achieving my ultimate goal of undeniably proving the existence of extra-terrestrial life-forms and revealing said proof to the world at large, then I’ll be happy.”

Allan wasn’t sure whether Owen was joking. You see, out of the two Owen had always been the more avid believer. On some nights he would go as far as to claim that he was a ‘visionary truth-seeker’ whereas Allan would be more likely to classify himself as ‘a bloke who likes aliens.’

The grand opening managed to attract a pretty sizeable crowd in the end, almost thirty people.     The Elvis Watcher’s only permanent journalist snapped a photo of Allan, Owen and the deputy mayor cutting the red ribbon. They were assured that it would’ve made the front page if the Huntsworthys’ hadn’t just renovated their mansion.

The buffet went down a treat and Allan was certain that he saw a few people taking interest in his submission box, despite the lack of glitter. The day was going surprisingly smoothly. That was until Owen saw them.

He only popped out for a bit of fresh air when he caught them in the corner of his eye. Filing down the pier in a waterproof-jacketed procession, the people that were sure to be U.F.Owen’s harshest critics. The Uplift Elvis Association.

Remember when I said that Elvis-Upon-Sea’s tacky nature was part of its charm? Well, this lot were dedicated to the absolute eradication of anything that even resembled tat. They once kicked out a senior member after finding out she went on a childhood holiday to Blackpool.

Allan poked his head out the door. “Everything alright?”

Pure fear filled Owens’ throat; all he could do was point at the approaching mob. The leader of U.E.A scurried, a small cheery-looking lady, separated from the horde and scurried towards them.

“Hello, we’re from the Uplift-“

“We know who you are,” Owen blurted, trying to steady his shaking voice.

“Oh right, well we just thought we’d show our faces. Starting a brand-new business can be scary, I hope you know that the Uplift Elvis Association will do anything they can to help you flourish.”

“That’s, um, that’s really kind, Miriam, cheers,” said Allan. “Do you all want to have a look around inside?”

“That’d be lovely. I don't suppose you have any tea, do you?” Before even receiving a reply, the U.E.A began to flood into the little hut. Owen was gobsmacked, he was certain that his business would be exactly the sort of thing they’d be dead set on destroying. Why on Earth were they showing so much support?

“Elvis has a long history of the supernatural, you know,” one of the members remarked. “The tourists will love this.”

Ah, that was why.

After many reluctantly served cups of tea the anorak brigade cleared off and the long-awaited grand opening finally came to a close.

“I never want to have to explain the difference between ‘paranormal’ and ‘supernatural’ ever again,” stated Owen as he exhaustedly sunk into an armchair.

“Go on then, it’s been a while since we’ve had a good case.”

“I don't know about that. What about all that stuff with the gargoyles at the old nunnery? Farmer Cooper was sure he saw them come alive.”

“So were we, and now I’ve got a stone gargoyle head in my wardrobe and a thousand pound fine from the national trust. If we don’t find something good soon, I fear I might go completely mad.”

“Chill out, Mister Dramatic. I’m sure there are some proper crackers in here.”

Allan lifted the lid of the box. Inside were a few crisp packets and some crumpled tissues.

“Anything?” Owen enquired with a hint of desperation.

“And what would you say?”

“Well, I’d guess that this is all part of an elaborate government conspiracy to shut us down before we can reveal the truth.”

Just as thy went to leave, the door exploded open. A man in tattered overalls stepped inside, boots caked in…muck. His shock of near white hair still clung on to a few strands of ginger.

“You lot. You sort out funny business, don't you?”

“We deal with the unexplainable, the mysterious and the extra-terrestrial,” said Owen.

Allan took over, he was better at the social stuff.

“You seen any funny business then, Mark?”

“That I have. Now prepare yourself, lads. What I’m about to tell you will make your blood run cold.”

Owen tried to contain his excitement.

“It all started this morning. I woke up, got dressed and readied myself for the day ahead. I’d seen some tourists at the Fisherman’s Feathers the night before, big family so I reckoned I could make some money off ‘em. Anyway, I went down to me stables to get the donkeys out.”

“Whatever, that’s a technicality. There is only one logical explanation for this. Aliens, Mark. Your donkeys were taken by aliens.”