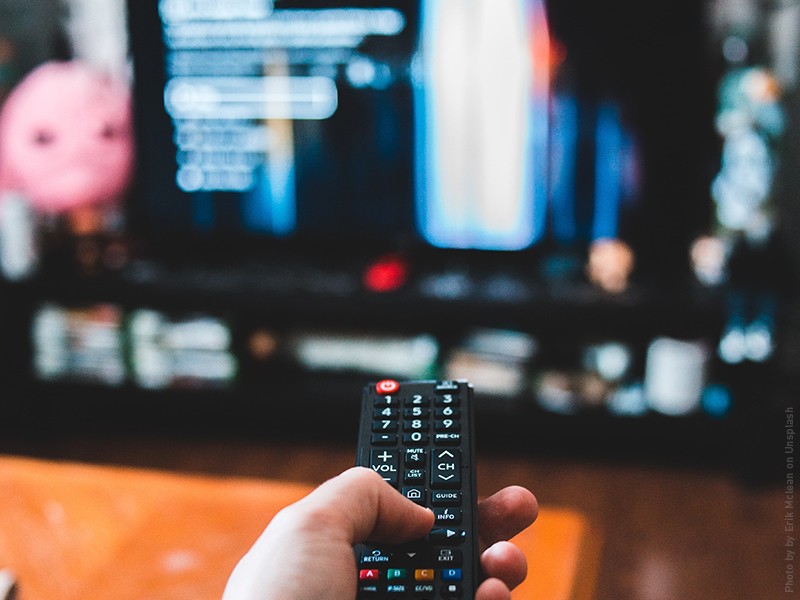 When it was announced that the UK was finally going into lockdown, I knew I would have a lot of time on my hands. Could I have maybe exercised more? Yes. Could I have possibly taken up a new hobby like painting or baking? Yes. But, do I regret watching almost every film and TV show Netflix can offer? (Obviously, I didn’t watch all of them) Absolutely not.

Firstly, I watched Denis Villeneuve’s ‘Prisoners’. The thriller tells the story of two six-year-old girls who go missing and the parents’ and police’s response to the disappearance. Despite how dense it sounds upon its surface, Villeneuve crafts a heart-breaking, genuinely terrifying mystery that leaves you guessing throughout its two-and-a-half-hour run time. I learnt mostly, the importance of family and the risks you would take to receive justice and to be able to hold closely the individuals you love.

In between keeping up with my schoolwork and keeping a healthy mind, I fell into a slump of not consuming any film or television. So, one night, while scrolling through my ‘Films to Watch’ list, I landed upon Trey Edwards Shults’ ‘Waves’. Having seen the trailer, which featured the song ‘Godspeed’ by Frank Ocean, I knew ‘Waves’ was going to be a complete sensory experience. From its twirling visuals to its heavy use of neon lighting, the trailer displayed a film that looked almost like a sequel to ‘Euphoria’, and having loved ‘Euphoria’, I knew ‘Waves’ would be something I would love also. And I was right. Not only is the film, at times, a complete sensory overload with crazy visuals and so much intense lighting it literally at one point feels like you’re being blinded by them, but it has so much heart and beauty, exploring ideas of family, consequences, love, race, regret and so much more. Towards its middle, something tragic happens, something that had been carefully brewing the whole film, which completely changes the whole plot. We go from a film that uses so much Frank Ocean and Kendrick Lamar music it feels like an hour-long music video (in the best way possible) to a quiet, heart-breaking final act that gently weaves itself through themes of (once again) family and love all until the credits roll. Even in its final shot, where a character rides her bike, there is so much emotion and freedom in the simple act, that I was completely overwhelmed with tears.  So, what did I learn? Well, if anything, I learnt that family are so very, vitally important and to hold your loved ones as close as you can, because you never know when your final moments together are.

I think it’s safe to say summer was a bit of a… let down this year. Bored of the heat and bored of being in my house, I craved the feeling autumn brings. What screams autumn more than… more than… dead trees, I guess (?) Halloween. So, I put on a jumper, sat on my sofa (where I practically lived for 6 months) and watched all 10 episodes of Netflix’s ‘The Haunting of Hill House’ (again). Only being 10 episodes, it’s digestible, despite its very, very heavy themes of grief, loss and death. Opening with a terrifying sequence of haunted events, the show grips you right from the beginning. The house almost becomes a character of its own, tormenting all of the siblings that make up the cast. The scares are genuinely terrifying, like nightmare level scary, and because of how carefully crafted the show is, you care about all the siblings. This is thanks to the focus us on them during their individual episodes as the front section of the show. I learnt, throughout the course of the season, about the impact that the past can have on the future, in terms of family. As the show travels through two timelines, you are able to develop almost a bond with the characters as you understand what they have been through and how it shaped them as humans.

Based off the famous graphic novel of the same name, Watchmen is a show that subverts expectations from beginning to end. Watchmen is able to add layers of important social commentary as well as present itself with an almost cinematic feel, looking at white supremacy, race and policing in the US. It is extremely gripping and hugely ambitious and makes for a captivating watch over its episodes, including an excellently crafted sixth episode. I learnt mostly, the importance of standing up for what’s right. It is an essential watch for our times.

During lockdown, Netflix announced the removal of the 2017 romance, ‘Call Me by Your Name’, I knew I had to immerse myself one last time somewhere in Northern Italy, 1983. The film is extremely intimate. It’s slow and gentle and is able to capture an array of emotions over is two-and-a-half-hour runtime. With gorgeous, simplistic cinematography and a script that stays close to its source material, ‘Call Me by Your Name’ is a stunning presentation of love and loss and everything in between. If anything, ‘Call Me by Your Name’ broke my heart, taught me to live life with passion, and that people don’t always stay around, but it’s the memories that do.

Films and TV shows have subtle ways of presenting themes and ideas to us. They can transport you into their universes for just two hours and when those final credits roll, leave you feeling like you were there with those characters in those places. As cinemas reopen, and films are released, it’s more important than ever to immerse yourself in various forms of media. Christopher Nolan’s sci-fi thriller, Tenet, was a perfect example of escapism and a needed film that will hopefully inspire other studios to start releasing films again. Who’s to say what will happen next? But, in these trying times where you feel trapped, pop on a film and ease your mind, you’ll feel so much better if you do.