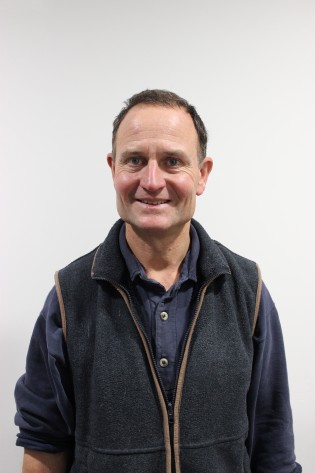 Adrian works as a veterinary surgeon in Leominster and has spent all of his professional life immersed in the rural community of Herefordshire and Shropshire.  He has three children, all of whom have been educated at the College.  Adrian says their inspirational experience, both in and outside the classroom, was the catalyst for him to become a Governor and to understand better how the College performs such an excellent job. 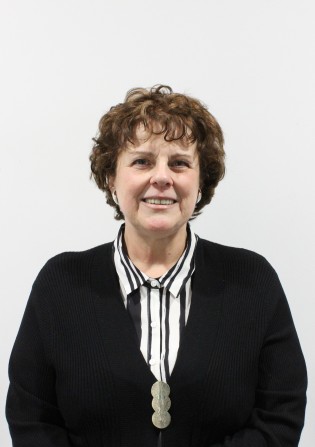 First appointed as a Governor in 2005.

After gaining her degree, Michelle began her working life in the Education Service of a London museum. This was followed by 20 years as a senior manager in an outer London LEA, responsible for a team of over 60 staff delivering an award-winning range of alternative education provision, including apprenticeships, a pupil referral unit, work experience, an advice service for secondary school teachers and a unit for school refusers.

Michelle moved to Herefordshire to take up the role of Education Advisor for 14-19 Education. In semi-retirement she worked as an examinations invigilator and now divides her time between the College, voluntary work and learning Latin. 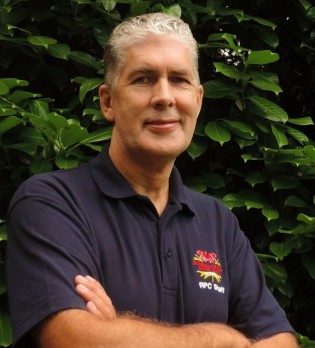 Appointed as Governor in May 2020.

Four of Graham’s children have been educated at the College with one currently attending.  Unsurprisingly his youngest daughter is the first girl to attend the basketball academy. Graham has been fortunate to work with young people and business leaders in developing individual pathways, and hopes to bring some value to the College from his experience, while better understanding the scale of opportunities on offer at the College. 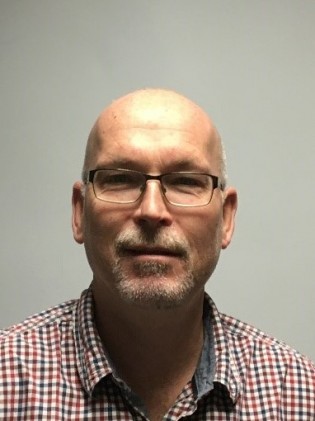 Appointed as Staff Governor in January 2020.

Andy has been teaching Biology for over twenty five years. He gained his degree in Biological Science from Leicester University and his PGCE from Cardiff University. Although the majority of his teaching career has been in the post-16 sector, Andy has also taught overseas. He spent two years in Eritrea with VSO and a year in Madrid at an International school. After a brief period as Assistant Head of Education, at Marwell Zoological Park, he returned to mainstream teaching. Andy joined Hereford Sixth Form College in 2003 and has been the Head of Biology since 2007. He has recently been given the responsibility for increasing STEM provision at the College. 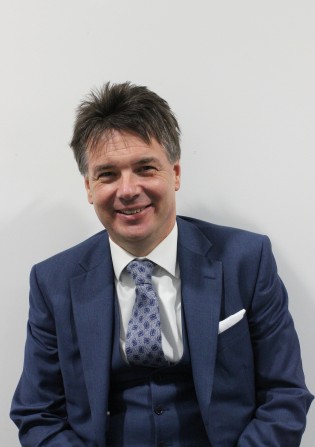 Peter became Principal of the College in September 2017, having been the Deputy Principal at the College for a significant period during which the College gained two outstanding Ofsted inspections and became the inaugural TES Sixth Form College of the Year in 2016. Peter has worked on Academy Trusts and was a member of the British Colleges' Sports Board for a number of years, due to his interest in student life beyond the classroom. Peter previously worked in schools and at Priestley College in Warrington, having graduated in Chemistry from Nottingham. 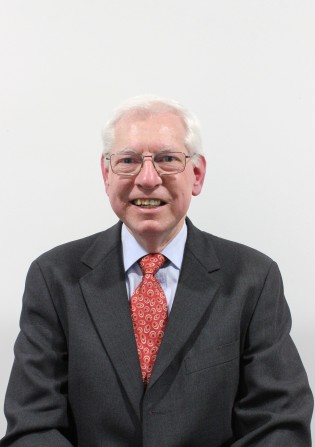 Clerk to the Governors appointed in 2013.

Robert is a Fellow of the Chartered Association of Certified Accountants. After many years working in practice and commercial corporations, for UK and overseas companies, he moved to an FE college as Head of Finance & Administration for 3 years, before finishing his career with the LSC and SFA for 11 years as Head of Finance Gloucestershire and then Provider Financial Support Manager South Division. Work at the Funding Agencies included financial health monitoring, college recovery, mergers and major capital projects. 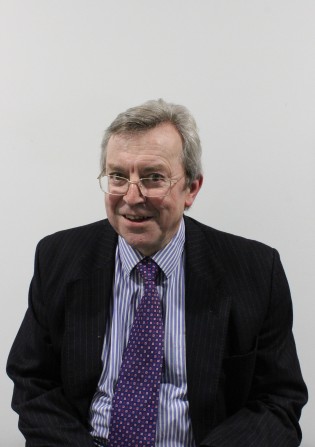 A College Governor since 2009 and Chair of the College's Governing Body.

James has spent his career teaching in the independent sector with 17 years at Winchester College, as Head of Economics; five years as Headmaster of Framlingham College in Suffolk; and 14 years as Headmaster of Newcastle Royal Grammar School. James also found time to be a governor of a 16-19 comprehensive, another sixth form college and four independent schools. James also had spells as a Winchester City Councillor (including three years as chairman of one of the main service committees), a school inspector (ISI), a member of the Newcastle Education Commission and a board member of the Durham University Centre for Evaluation and Monitoring. 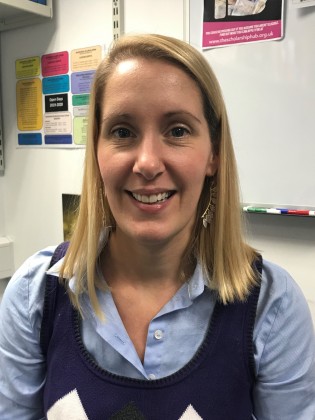 Appointed as Staff Governor in September 2019.

Vicky returned to the College in 2010, having formerly been a student here, to teach English Literature A Level and Language GCSE. Vicky gained her degree from the University of Nottingham, and her PGCE from Roehampton University, and she then was part of the Fast Track teaching programme, before working in a challenging 11-18 comprehensive in West London, where she was second in English and Gifted and Talented Lead Teacher.

Since being at the College—while working in the English department—Vicky has been Head of General Studies and, since 2018, Oxbridge Coordinator.  In this role she created the College’s Reach programme, which was nominated for a SFCA Award for Social Mobility in 2019.  During 2017-18, she worked with HEFCE and six universities on ‘Transforming Transitions’ on research into the progression of BTEC students on to Russell Group universities, and has just been appointed to be progression coordinator for the College’s management group. 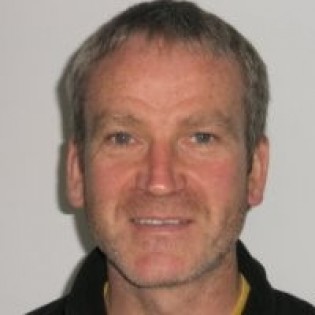 Appointed as Parent Governor in May 2020.

Andy works as an IT Service Management consultant for a number of UK Government departments in the UK. Having worked in many interesting and challenging IT environments supporting IT Service Improvement and Digital Transformation programmes. Before consultancy he worked as an intelligence gatherer for the UK Ministry of Defence and a telecommunications engineer for the United Nations travelling to exotic places such as Somalia, Rwanda, Burundi, Afghanistan, Ascension Island, Falkland Islands and Cyprus.

Andy firmly believes in play-based learning in the early years of schooling and the strong emphasis on quality of life, relationships and group experiences throughout all the years spent in education. 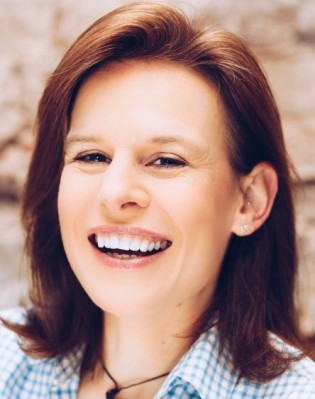 Appointed as Parent Governor in May 2020.

Beth started her first company when she was 18 years old with the help of a government scheme.  Although not a storming success, the courses she attended as part of the scheme gave her new insight into the possibilities of learning, and she went on to spend a year developing her sales skills as an estate agent before becoming a residential property lawyer.  Beth says she is proof positive that there are lots of routes to education having not gone to university but instead achieved 2 degree level legal qualifications as well as a diploma in psychology, certificate in sport and having attended a myriad of financial and marketing courses …her latest being behavioural economics.

Beth is now a self-employed legal consultant, regularly delivering professional training and presentations and working for clients like the Conveyancing Association in the residential property industry to improve the home moving process.  After moving to a small holding on Bromyard Downs in 2015 both of Beth’s sons attended the College, and the College’s ability to adapt to their very different learning styles inspired Beth to apply to be a parent governor. 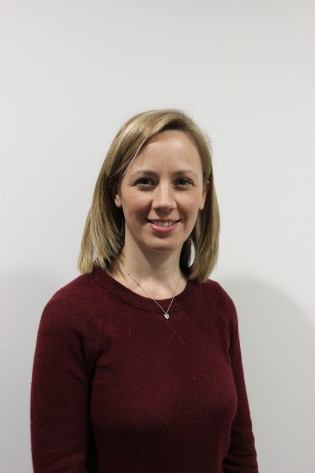 Danielle started her career at National Grid on their graduate scheme after completing a Management degree at Loughborough University and after 8 years, she moved to work for an electricity transmission and distribution company in Perth, Australia. Danielle now runs her own business which is focused on helping business leaders to execute strategic change and implement associated projects. She has completed a MBA from Warwick University Business School specialising in strategic marketing and value proposition development. 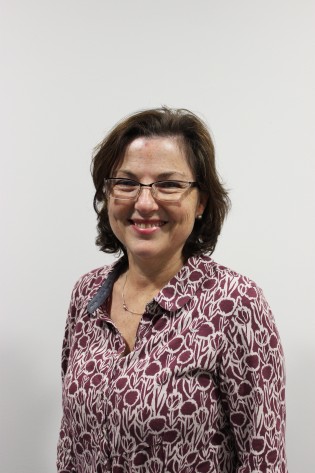 Catriona is an Icon Accredited Conservator who has worked in the heritage field in the UK and Australia for over twenty five years. She has worked in public sector organisations including the NSW Government, Herefordshire Council and the National Trust as well as in the private sector including International Conservation Services and is currently the Conservator for Ward & Co (Building Conservation) Ltd. She has also worked as a freelance Conservator. Her specialisms are Project Management, Preventive Conservation and Conservation Management. She has managed many individual collections conservation projects, provided training in care of collections and has been a Project Conservator on several large historic building re-servicing projects in the UK for the National Trust. Catriona has always been active in the conservation profession including several years as the Treasurer for the NSW Australian Institute of Conservation (AICCM) and as member of the NSW National Trust Cemeteries Committee. She provides training locally and abroad and has presented papers at national and international conservation conferences. 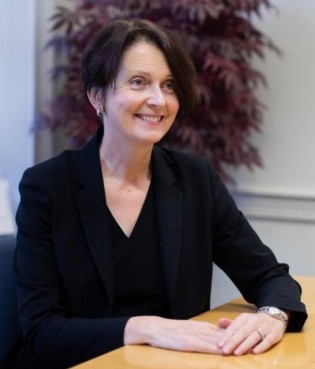 Appointed as a Governor in June 2019.

Sarah is a practicing tax barrister, mum of three and until recently taught as visiting professor at the University of London. Sarah has lived in Monmouthshire for many years. She applied to join the governing body of HSFC after watching her son’s confidence, wellbeing and knowledge of how to study (taking account of his unique needs) grow, which she largely attributed to the insight and determination of HSFC’s staff in 2018/2019.