In recognition of the Olympic Torch Relay visiting Hereford Sixth Form College in May 2012, students were asked to suggest a name for the service road along which Inspirational Torch Bearers Paul Watts and Hannah Banks carried the Olympic Torch.

Josie, a former student of Hereford Sixth Form College, also met with students from the College's Elite Athlete programme. Topping off a busy afternoon, she was also guest speaker at the College's Certificate Presentation later that day at the Shire Hall.

The London 2012 legacy is certainly alive and well at the College. 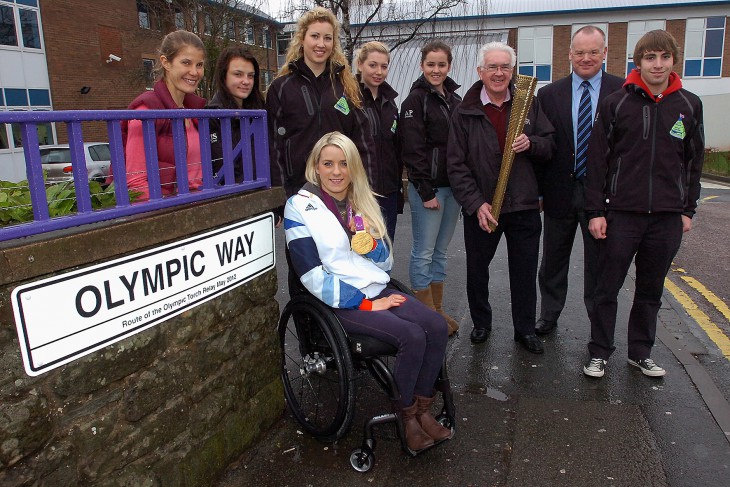