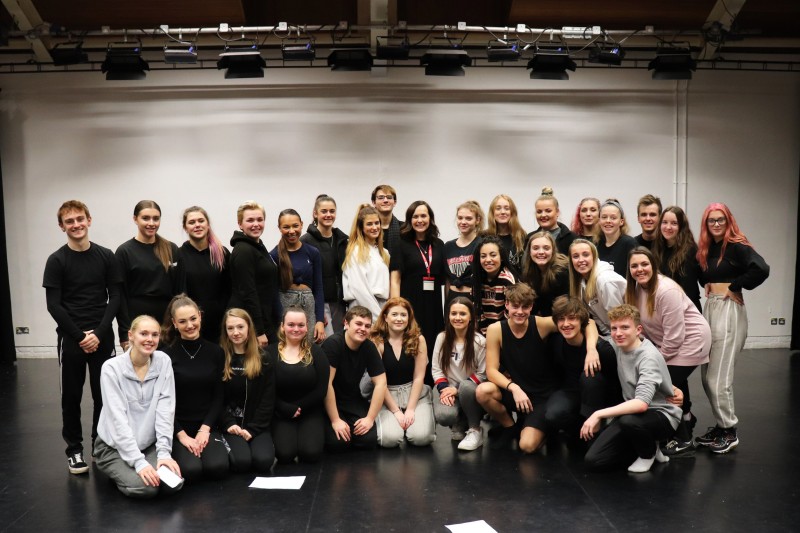 On the 6th December, our Musical Theatre students had the opportunity to work with Savannah Stevenson, who is best known for playing Glinda in the West End production of Wicked.

Savannah has had an impressive and varied career. She graduated from the Guildford School of Acting and was a member of the National Youth Music Theatre. Savannah has performed in many West End productions, including her role as Glinda in Wicked for three years; has appeared on television in shows such as Emmerdale, Holby City, and Casualty; and has featured on the cast recordings of Love Never Dies and Mary Poppins.

This visit consisted of workshops on performing solo songs, acting in musical theatre, and characterisation. This was an incredible opportunity to get hands on experience and an insight into the life of a successful West End actor, as well as hints and tips on how to succeed in auditions and forging a path into a career in Musical Theatre.

These visits and guest workshops are part of the College’s commitment to employability. Our aim is to raise awareness of possible career routes, utilising professional careers advice and preparing students for their futures.

We are very grateful to Savannah Stevenson for taking the time to work with our students.