Triumph for Dance Tutor, Kim Owen, at the NODA Awards 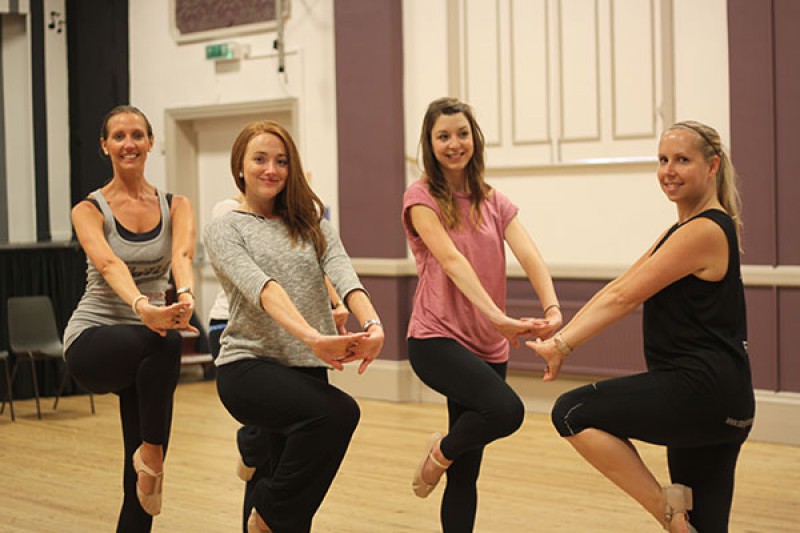 Under the direction of Kim Owen, (Dance and BTEC Musical Theatre tutor at Hereford Sixth Form College, pictured far right),  Hereford Musical Theatre Company (HMTC) rehearsed incredibly hard for three months to perform the all singing and all dancing musical 42nd Street at The Courtyard in November last year. Kim’s incredible direction and choreography certainly paid off as it was announced last week at the NODA awards ceremony (National Operatic and Dramatic Association) that 42nd Street was awarded Best Musical of 2013 for the West Midlands Region. This is a wonderful achievement for Kim and for cast members of the show, which included College students and staff (both past and present). The news was fantastic for HMTC as they didn’t have just one winner... their Spring show Little Shop of Horrors also won Best Musical. This is great news for Breanne Burton, currently studying at the College, who had a prominent role in the show. Rehearsals are fully under way for their next show Red Hot and Cole, depicting the life of the composer and song writer, Cole Porter.
Congratulations Kim on this fantastic news!