The Choir of Selwyn College, Cambridge, Academia Musica and the English Symphony Orchestra Join Forces to Perform Bach’s B Minor at Malvern Priory 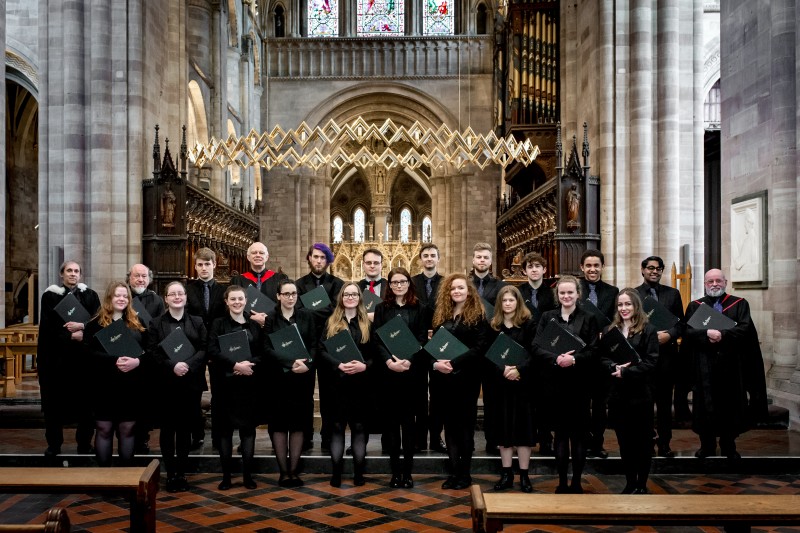 Hereford Sixth Form College’s, Academia Musica Choir will join with the Choir of Selwyn College Cambridge to give a performance of Bach’s masterpiece at 7.00pm in Malvern Priory on 8th July.

Following their acclaimed joint performance of the St John Passion in St John’s Smith Square two years ago, Sarah MacDonald, Music Director of Selwyn College was so impressed she proposed another joint concert.

Sixth Form College Director of Music, Aryan Arji said, “It was a privilege for our choir to join one of the best choirs in the country under the direction of Sarah MacDonald who was the first woman to be a director of Music in an Oxbridge College and has an impressive career as a professional pianist, organist and conductor. We are very much looking forward to performing the B Minor Mass with Selwyn and the fantastic English Symphony Orchestra, the resident professional orchestra of Elgar country.”

Sarah MacDonald said, “I am sure no other maintained school or college in England could produce such a choir.  It is a testament to Aryan Arji’s vision and the commitment and the hard work of all the College music staff and students. I am amazed by the fabulous singing of the Hereford students and by their enthusiasm and professionalism.” Cathedral Music Magazine described Academia Musica as, ‘A unique project; Aryan Arji has done an excellent job in bringing the choral scholars to such a high standard.”