Certificates from summer 2020 can be collected from Reception from Monday 28th June until Friday 2nd July between 1.30pm - 3.30pm.
Skip navigation

Students to exhibit artwork at the prestigious Royal Academy of Arts 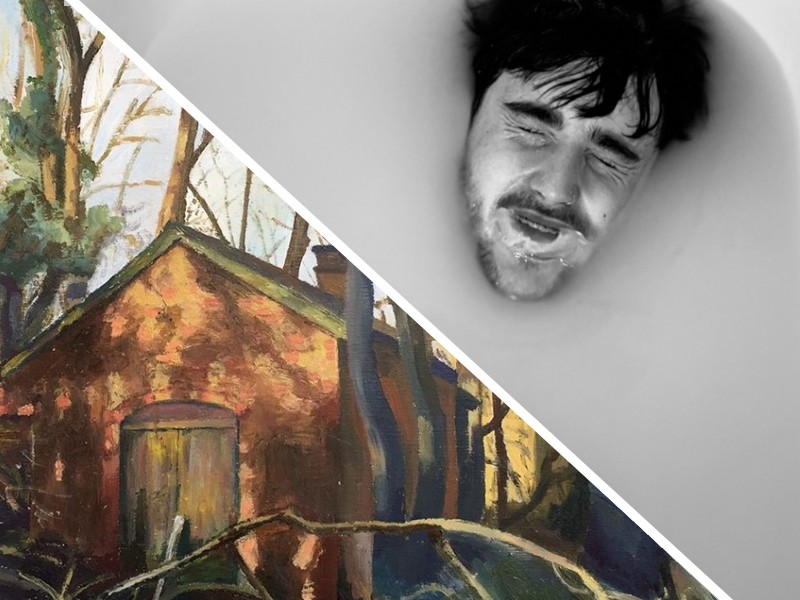 Two Hereford Sixth Form College students, Liv Blewitt and Lois Pearson, have been selected to have their artwork displayed at the Royal Academy of Arts - Young Artists’ Summer Show.

Liv Blewitt is a first year students (former John Kyrle High School student) who studies Photography, Sociology and Media Production. Her piece, titled ‘Bath 2’ is part of a series of photographs called ‘Drowning in Anxiety’, where the theme was mental health and she was inspired by the painting ‘The Scream’. She explains her artwork as the following:

Lois Pearson is a second year student (former Wigmore High School student) who studies Art, English Literature and Geology. Her artwork, titled ‘Dappled Light’ is an oil painting. She describes it as the following:

“I was fascinated with the light that fell on this landscape and thought the colours of the normally dark, unwelcome place were brought to life by the sun, which intensified the colour of the brick and the surrounding branches and trees. This painting derived from the idea of degrading memories reflected in architecture. I thought this run-down structure was relevant as it would have once been of importance in its environment but over time, has collapsed and is no longer needed or remembered and has grown with its surroundings to blend in, despite its contrasting man-made features. I thought this was like the loss and deterioration of memories which fade but don’t become any less beautiful or significant.”

Lois has also been selected, as one of three students from the exhibit, to be interviewed for an article for the Royal Academy magazine which will go out to 100,000 readers.

This is an outstanding achievement for two incredibly talented students. Peter Cooper, Principal of Hereford Sixth Form College, had this to say to the two students:

“What a brilliant acknowledgement of your work. Our Art department has made tremendous strides in the last 2 years and your pieces and the accolade they have rightly received are a tribute to your talents and potential and the great work the department do to support you. Well done all.”

The Royal Academy of Arts – Young Artists’ Summer Show online exhibition will launch on the 12th July, with the onsite exhibition postponed to the Autumn (dates have yet to be announced); more information on the exhibition can be found here: https://youngartists.royalacademy.org.uk/