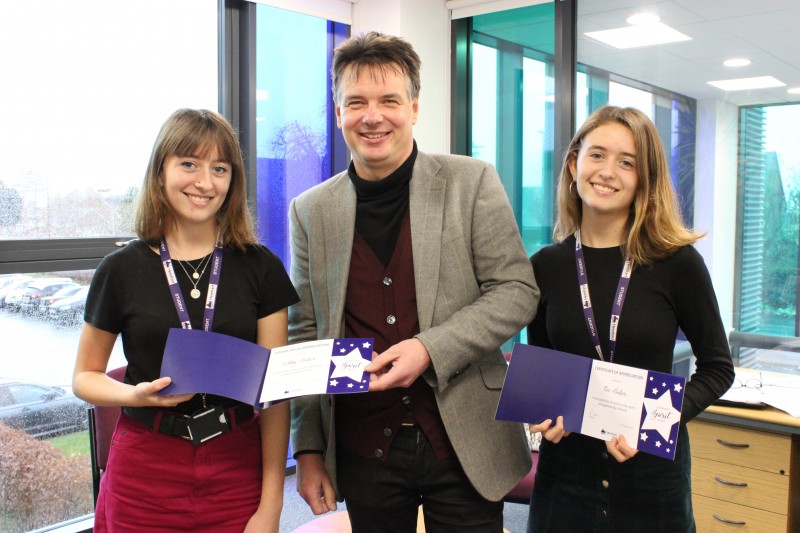 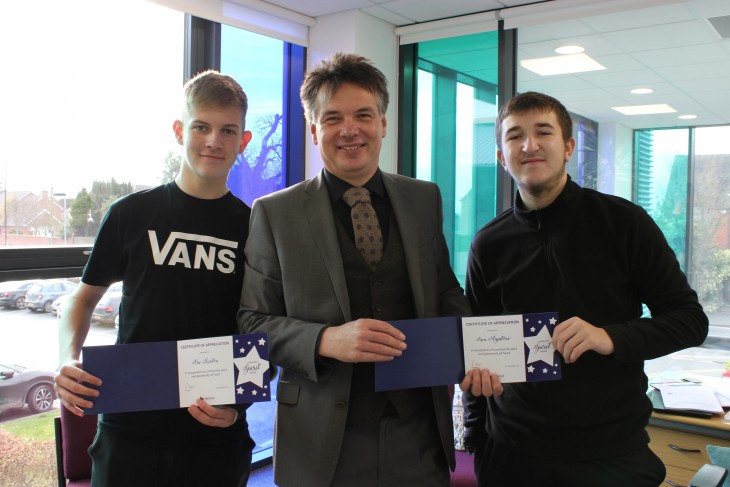 There are always negative generalisations made about teenagers, so here at Hereford Sixth Form College we would like to reverse that trend and celebrate some of the community spirited students that walk among us.

Kai Burton from Torfaen and Sam Mapstone from Pontypool were waiting for their train home on 12th October, which had been delayed due to a points failure.

The following day a lady named Diana, contacted the Principal to say, “I had to change in Hereford to catch the 15:54 train to Cardiff. Due to a points failure on this line our train arrived an hour late. I sat and waited for the train with a very pleasant group of your students and when the train did come, they took my case and helped me on the train and to a vacant seat. It was a joy to be shown so much respect from the younger generation. Thank you.”

A month later, we were contacted by the proud mum of students’ Eve and Libby Baker from Cwmbran. She said, “My daughters Libby and Eve Baker who are both at the College were coming home from Hereford on Friday evening after celebrating a friend’s 18th, they were catching the 10pm train back to Cwmbran. They were the only ones at the station going that way except for a gentleman who fell to the floor and went into an epileptic seizure. One of my twins put him in the recovery position and loosened his collar while the other one called an ambulance. I am so proud of them and they are very shy about it all. I just thought it would be nice of you to hear some positive news about teenagers. It made me so proud as their confidence has improved so much since coming to Hereford Sixth Form College.”

Principal, Peter Cooper, said, “This says a lot about the calibre of students at the College and their approach to life. Their kind deeds reflect well on all of us as a College community and I was delighted to present them all with the College’s Community Spirit Award.”