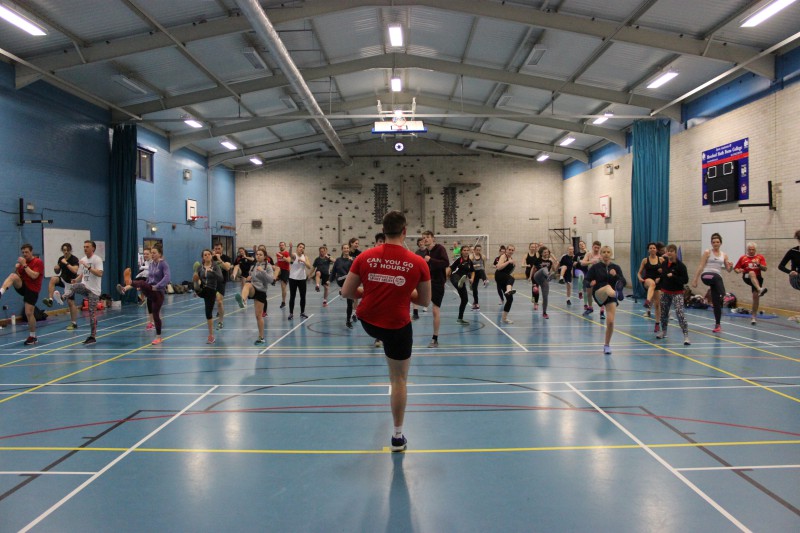 It was a gruelling 12 hours of back to back exercise classes to raise money for Sport Relief and the Midlands Air Ambulance.

A massive well done to everyone that took part, including gym members, students, tutors and members of the public -  particularly those that did all 12 hours.

Donations have reached a whopping £1200 and huge thanks to all the Sixth Sense Fitness staff who ran the classes and performed physio on some of the tired limbs.