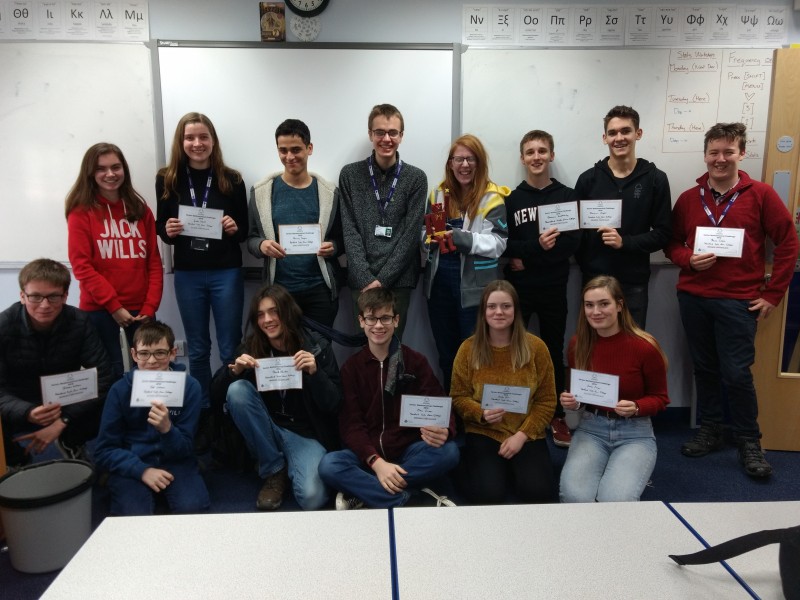 A selection of students who achieved awards

Over 82,000 students from across the UK returned scripts for the Senior Maths Challenge with the top 10% receiving a gold certificate, the next 20% silver and the next 30% bronze.

Approximately 6,000 of the top students are invited to participate in round two of this challenge, the Senior Kangaroo. In addition, approximately 1,000 of the very top students are invited instead to participate in the British Mathematical Olympiad – a gruelling test of mathematical ability. Hereford Sixth Form College had five students who qualified for the Senior Kangaroo and two students who qualified for the British Mathematical Olympiad!