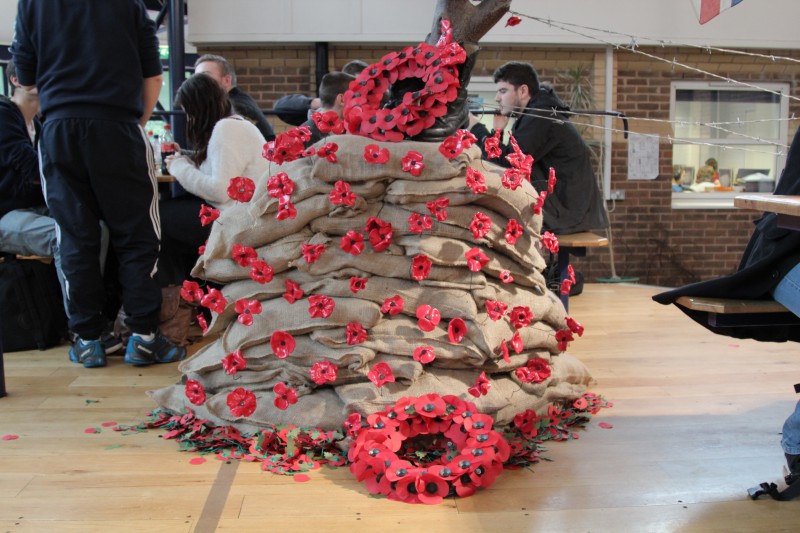 100 clay poppies were made by students to commemorate the centenary of World War I and formed an incredibly poignant display -  a nod to the installation Blood Swept Lands and Seas of Red at the Tower of London.

Veteran, Tpr Peter Davies, gave a moving account of his own experiences of the D-Day Landings and student, Robyn Packham read her own poem, Language of Birds.