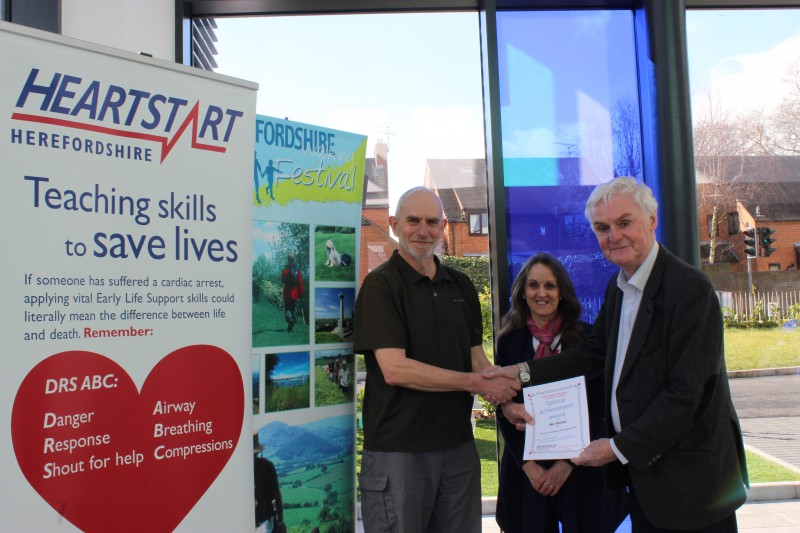 Nic Howes, Tutor of Geography at Hereford Sixth Form College, has recently been presented with two certificates of achievement, for his use of Heartstart basic emergency life support skills.

But Nic had to unexpectedly put his Heartstart skills into practice during an incident in Nottingham last year. When out walking with family in a riverside park, he saw a man leaning against a tree with one arm across his chest. The man moved off, staggered and fell into bushes, hidden from site.

Nic said, “The man wasn’t making much sense and was determined to get up and walk home something he was clearly unable to do without falling over.”

Nic rang for an ambulance and stayed with him, getting into position to gently support and encourage him not to get up as he’d been taught on the Heartstart course. When the paramedics arrived, it transpired that the man was known to them -  he suffered with angina and was taken to hospital.

Loraine Coleman said, “ We would like to congratulate Nic for having the confidence to use the Heartstart skills. Well done Nic for staying calm, calling the ambulance, staying with the man, sitting behind him and supporting him in a position taught in Heartstart which prevented him from coming to further harm.”

“Nic stated that the man may have been intoxicated. Others may have left this man to fend for himself based on this judement, but Nic saw someone in need and rushed to his aid. Nic showed a bravery and compassion of which he should be proud. The man was clearly in need and Nic’s selfless actions may well have saved his life.”

“At the two hour Heartstart course we aim to equip people with the skills they need to help someone in an emergency. Nic showed the qualities that we hope to instill; looking out for others and remaining calm to help someone in need.”

Congratulations from everyone at Hereford Sixth Form College, Nic. 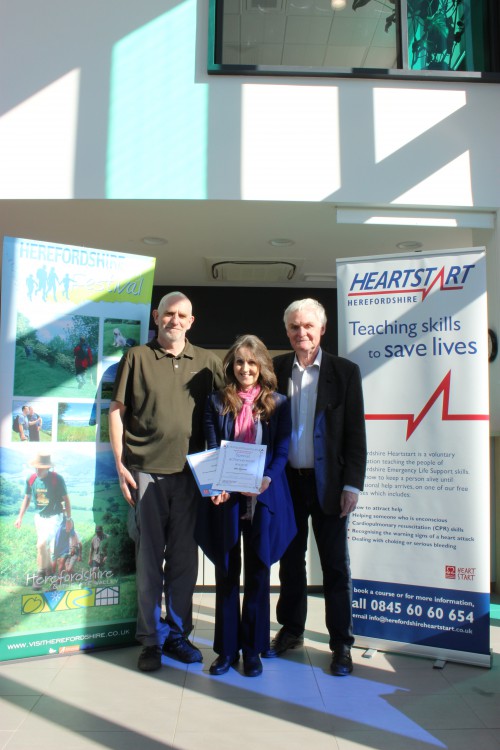 Herefordshire Heartstart run public courses and courses for groups including walk leaders, voluntary organisations, schools and businesses throughout Herefordshire. Heartstart How to Save a Life courses take just 2 hours.

At the course you will learn:

To find out details of free courses in Herefordshire or if you can help by making a donation or organising a fundraising event contact Loraine Coleman, Co-ordinator and Schools Project Manager on 01432 850067 or e-mail info@herefordshireheartstart.co.uk or you can write to: