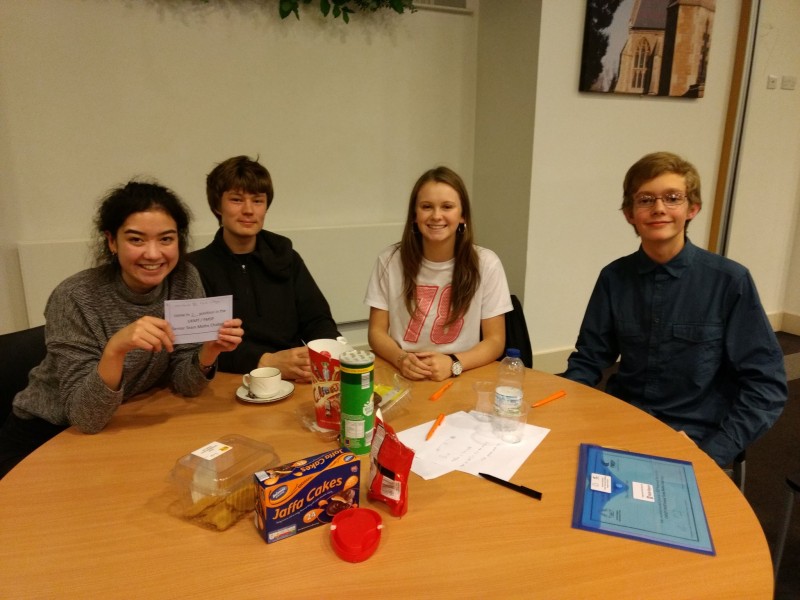 Pictured (L-R): Jasmine Stanley, Joe Xia, Rosie Eccleston and Alasdair Casperd, together with a bag of miniature chocolate spheres, a tub of ovoid and trapezoidal prism confectionary and a cylinder of off-brand hyperbolic paraboloidal potato snacks

The team excelled themselves this year and placed 2nd place, out of a total of 13 teams, representing a mixture of 13 state and independent schools in the West Midlands region.

This is a new record for Hereford Sixth Form College, and a well-deserved achievement for the students in the team.