More Awards for the Mathematics Department

Following success in the UK Mathematics Trust Senior Mathematics Challenge as reported in December, five students from Hereford Sixth Form College qualified to take part in the second round of the challenge, known as the Senior Kangaroo with another two students qualifying for the British Mathematical Olympiad.

Five Hereford Sixth Form College students qualified for the Senior Kangaroo and two students achieved the Merit award – the highest award possible, bestowed on the top 25% achievers. The students were:

Congratulations to all of our wonderful Mathematics students and well done to the Mathematics Department as a whole for their continued success. 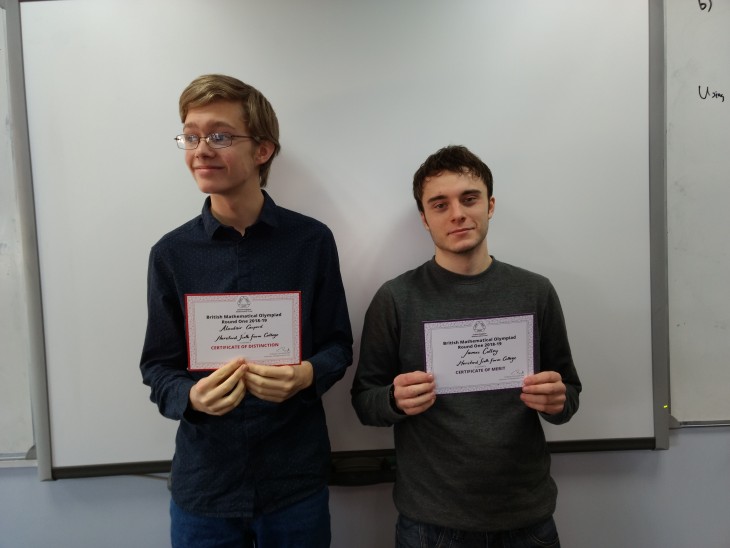 The Distinctive Olympians – Alasdair Casperd and James Colley. Just another day in the life… 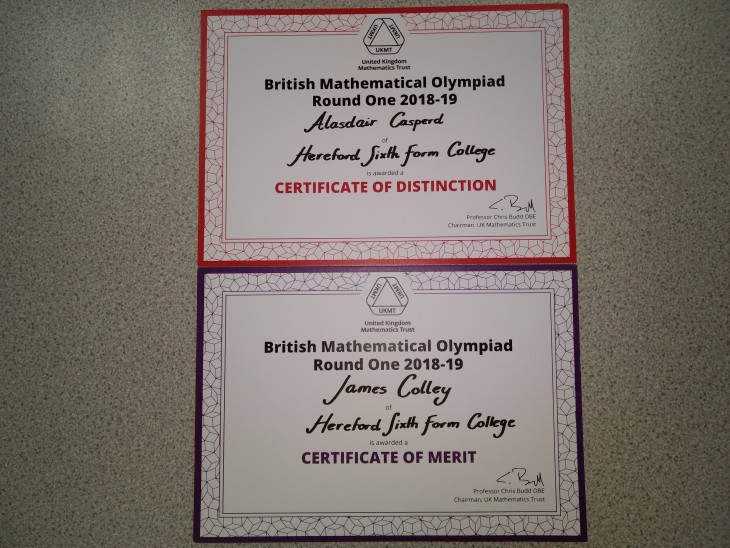