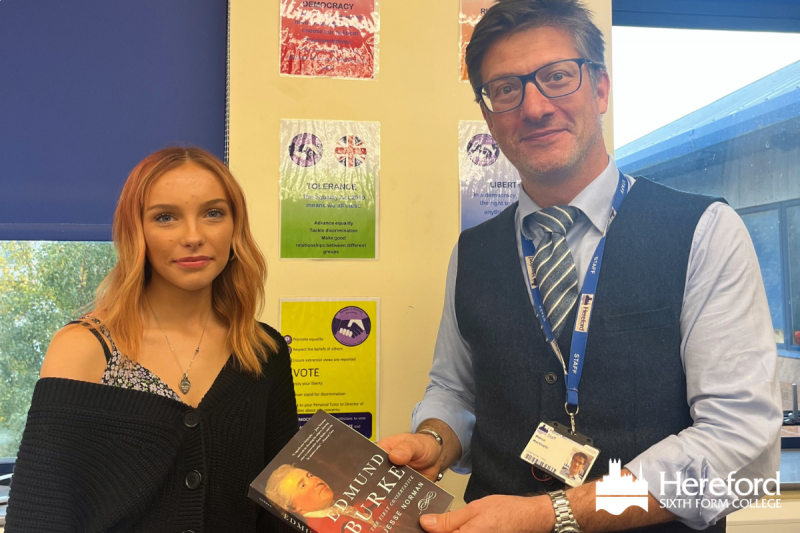 Local MP and Minister of State for Transport has long had links with HSFC, having attended several Election Hustings held before General Elections.

This time he visited to give students of the Politics and Philosophy Departments a talk on the historical development of Conservative Philosophy. Mr Norman is a specialist on Edmund Burke, often called “the Father of Conservatism”.

It was with this topic that he began by focusing on the historical roots of Conservatism as a reaction to the excesses of the French Revolution. Jesse explained the philosophical roots being the premise of gradual, slow change and the value of passing on the traditions, knowledge and experience of generations. He stresses the concept of being “guardians of an estate”. Jesse then went on to explain the evolution into the “New Right” where the Conservative Party began to adopt ideas of the New Right in the late 1970s. Mr Norman claimed that these were a reaction to the excesses of the post war consensus.

A copy of his book on Edmund Burke was awarded to first year Politics student Lola R for the best question.

HSFC has a tradition of inviting a range of Guest speakers representing diverse views, the views are their own and students are given the opportunity to question the speaker and form their own views.

More will be invited in the New Year- watch this space! 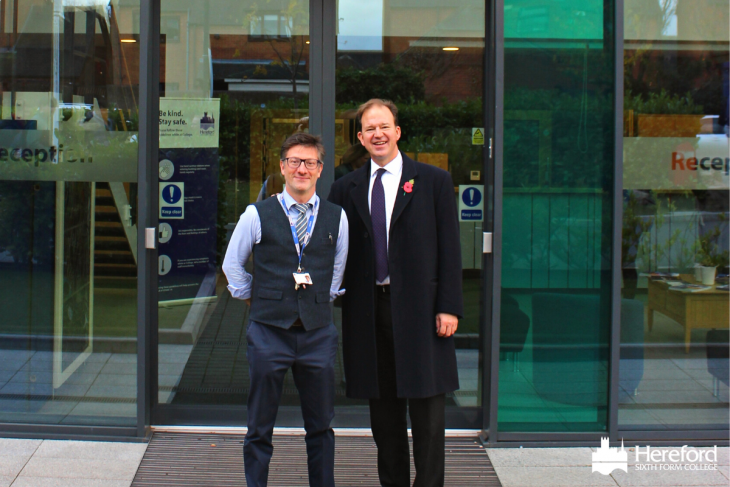