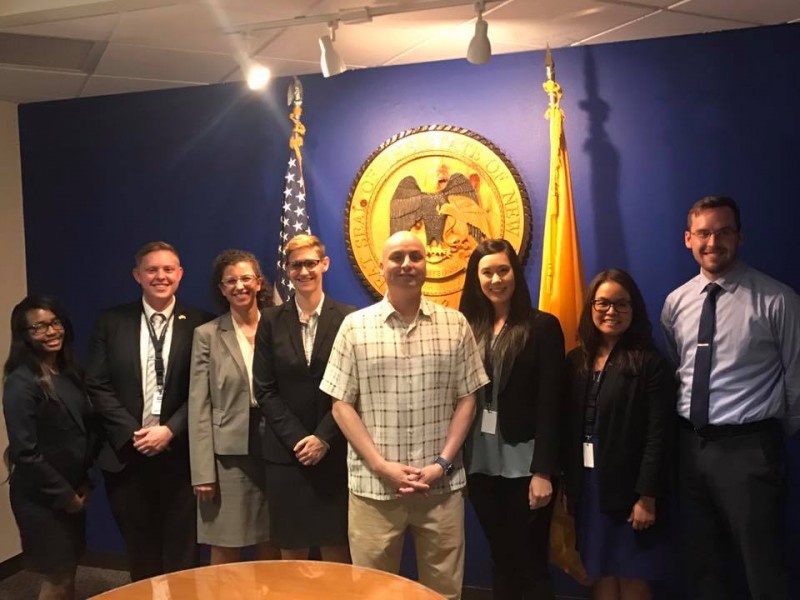 Josh is pictured, second left, with fellow interns and the New Mexico Attorney General, Hector Balderas (centre), whom many predict will become the State Governor one day, if not a federal politician

Upon graduating from university, with a glowing reference provided by our Careers Department, Josh got a place studying Law at the University of New Mexico. He has just spent the summer working for the Attorney General’s Office and has sent us this report:

“I had a very interesting summer working for the New Mexico Attorney General's Office. I spent a great deal of my time working on a manual that has now been distributed to local law enforcement agencies, which guides them on how to conduct search and seizures within the confines of Fourth Amendment law.”

“Also, during my internship, I worked on a high profile case. This case went all the way up to the New Mexico Supreme Court as it addressed a controversial constitutional issue of whether or not youth offenders could receive de facto life sentences. We are still waiting on the Supreme Court's final opinion.”

In the meantime, Josh has lined up a part-time job with the local prosecutors office which will begin next semester. Josh says, “As a student performing the job for college credit, I will be sworn in by a judge, and granted the powers of a fully qualified lawyer for the duration of the internship. This will, hopefully, give me a great chance to take on real cases, and represent the case in real criminal prosecutions.”

Caroline Baylis (Oxbridge Co-ordinator) said, “It is always great to hear from former students: Josh’s drive and ability in setting up these opportunities in the USA is very impressive and hopefully an inspiration to the current cohort.”