The College is only open to our most vulnerable students (including those on EHCPs, or who are in care or have a social worker) and the children of key workers. All lessons will continue to run virtually for all students. The College opens at 9am. Please notify us before 10.30am if you wish to access the College past 12 noon so we can ensure facilities and access are available.
Skip navigation

Approximately 6,000 of the top students are invited to participate in round 2 of this challenge, the Senior Kangaroo. In addition, approximately 1,000 of the very top students are invited instead to participate in the British Mathematical Olympiad – a gruelling test of mathematical ability.  Hereford Sixth Form College had 5 students who qualified for the Senior Kangaroo and 2 students who qualified for the British Mathematical Olympiad!

The British Mathematical Olympiad is a gruelling test of mathematical ability and endurance. The top 1,000 scorers in November’s Senior Maths Challenge are invited to sit this prestigious exam, and those who perform in the top 25% gain the Distinction award.

This year we had 2 amazing students qualify; Bevis Drury achieved the Merit and Sebastian Dixon achieved the higher Distinction!

Moreover, Sebastian received a BRONZE MEDAL award (something Hereford Sixth Form College has only ever achieved once before), and a qualification to the second British Mathematical Olympiad round.

Congratulations to all participating students! 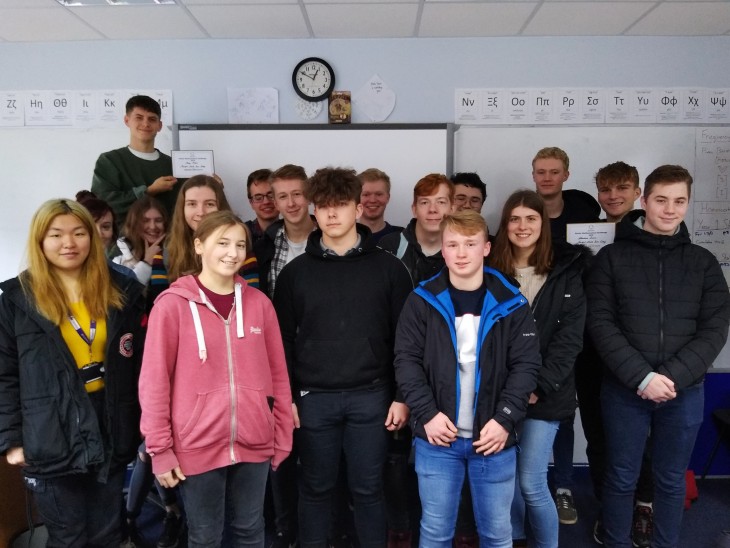 A selection of Certificate winners from the Senior Mathematics Challenge