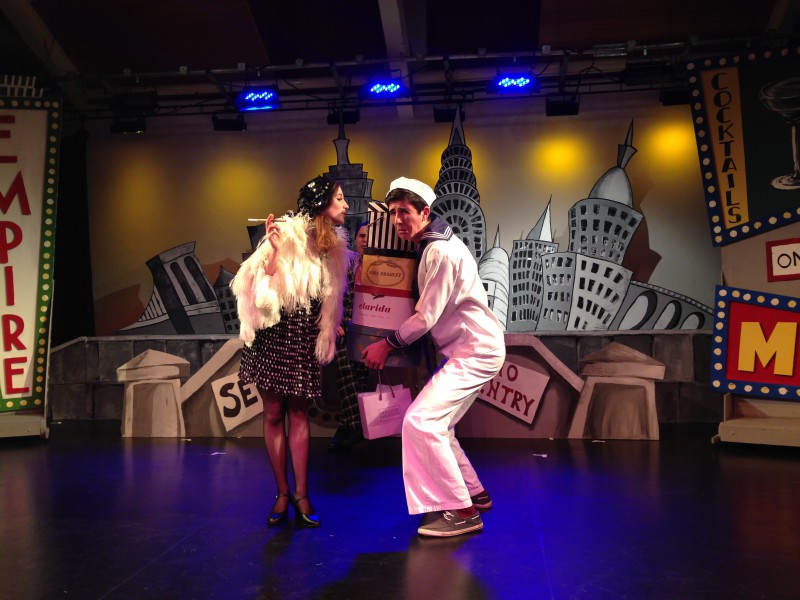 This year’s Upstage production meant that the College was transformed into Broadway for the classic musical Guys & Dolls.

Not surprisingly, the four night run was a complete sell-out with audiences applauding, cheering and laughing their way through the adventures of Nathan Detroit and his gambling friends as they dodged the police, fiancés and the Salvation Army, culminating in standing ovations for the cast, orchestra and crew of 70.

The breadth of talent this year was outstanding, with Josh Smith and Breanne Shaye Burton leading as Nathan and his long suffering fiancé Adelaide and Elliot Gooch and Emily Gardner as high rolling gambler Sky Masterson and tough Salvation Army sergeant Sarah Brown.

The set pieces hit real heights, from an all out cast punch-up in Havana, through to sliding down into the sewers for Luck be a Lady, Hot Box night club numbers and a rollicking Sit Down You’re Rocking the Boat driven by James Martin’s outstanding Nicely Nicely Johnson, supported by Matt Elliot’s hilarious, Benny Southstreet.

The orchestra this year was playing in the performance studio but relayed into the PAC via a live link. But ultimately the huge success of this year’s show was down to a flawless cast who sang, danced and barnstormed their way through this show.

Upstage once again maintained their reputation for delivering a production to a professional standard that thrilled and delighted audiences, reflecting the immense talent within the College and the importance that Drama, Dance and Musical Theatre holds.