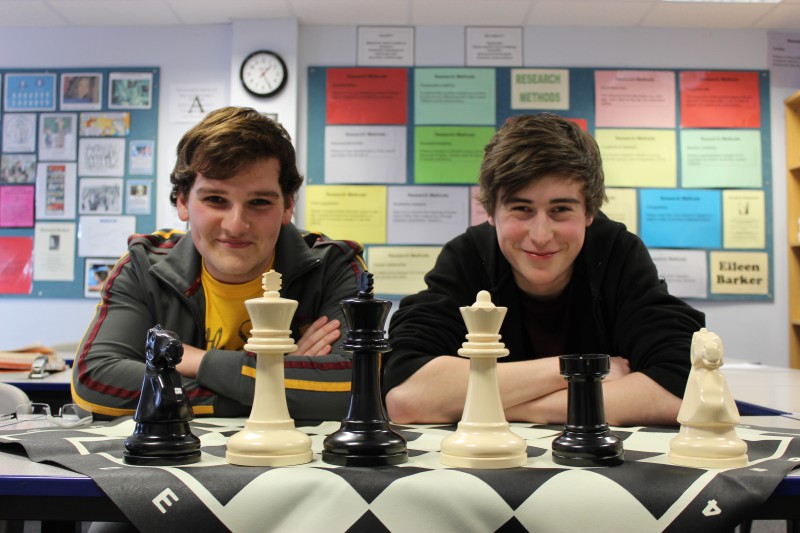 Both players performed exceptionally well in what was a tense and thrilling final but neither player could outsmart the other to take victory and so the game ended in a well deserved draw and the pair becoming joint title holders.

In third place was Tamara Herbert, who demonstrated her chess playing skills throughout the competition and in particular when beating last year’s Champion, Robert Jolly, in the semi-finals. 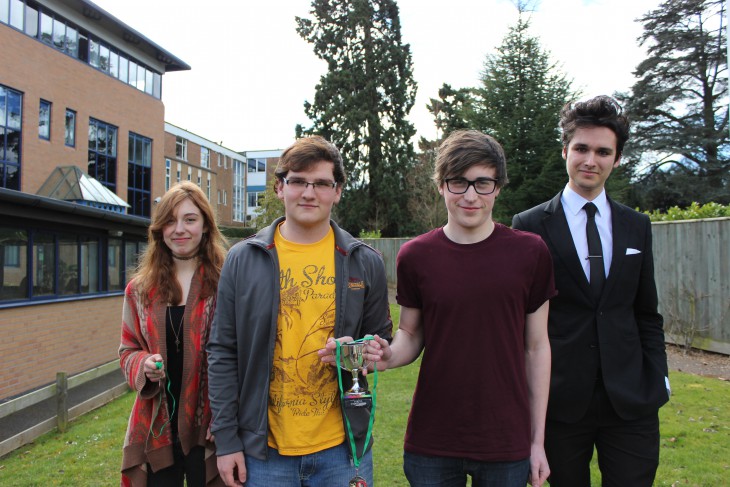 The chess tournament began in October with 18 entrants. The competition had two stages, a group stage followed by a knockout stage.

At the start a draw took place to divide the entrants into three groups of six and all players within each group played each other twice. Points were awarded depending upon the outcome for each game.

The two players from each group with the highest scores plus the next two best players overall went forward into the knockout stage of the tournament. All the remaining players had the opportunity to enter into a plate knockout.

Alex and Gabor showed their potential right from the start winning top position in their groups and becoming the number one and two seeds in the knockout.

Other players making it into the top eight were Tamara Herbert, Robert Jolly, Charlie Shave, Will Gibbon, Alistair Gibbon and Joe Geraghty. 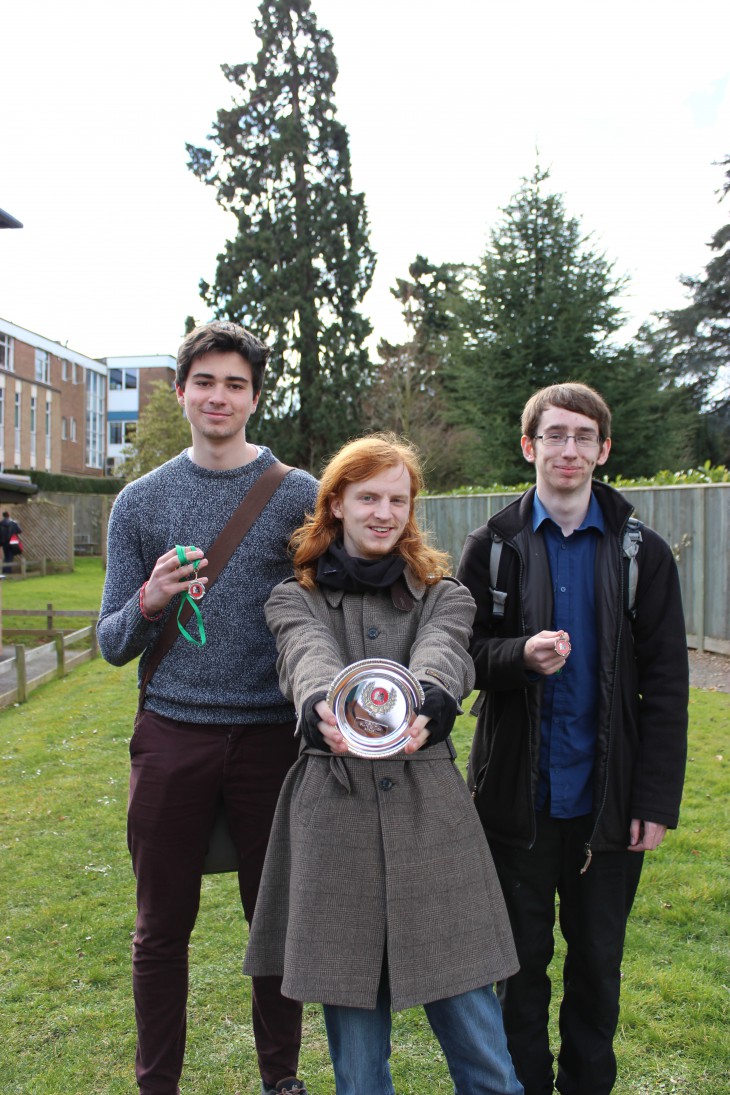 George Whitehead was number one seed in the plate competition with Harry Cooke at number two. Both went on to reach the final, with the title eventually being won by George Whitehead after another exciting and hard fought game. Harry took second place and Matthew Lee-Watts took third.

After the final Alaric Stephen, Tutor of Mathematics and a very keen chess player, presented the trophies to the winners. Mr Stephen also agreed to play this year’s champions after Easter.

In all, over 100 chess matches took place before the final was played and display boards showing the progress of the tournament attracted a lot of interest and encouraged a number of students to start playing chess.

Lastly the Student Support Team, organisers of the chess competition, would like to thank all those taking part and in particular Mr Alaric Stephen for his help in decision making, adjudicating the final and making the presentations.