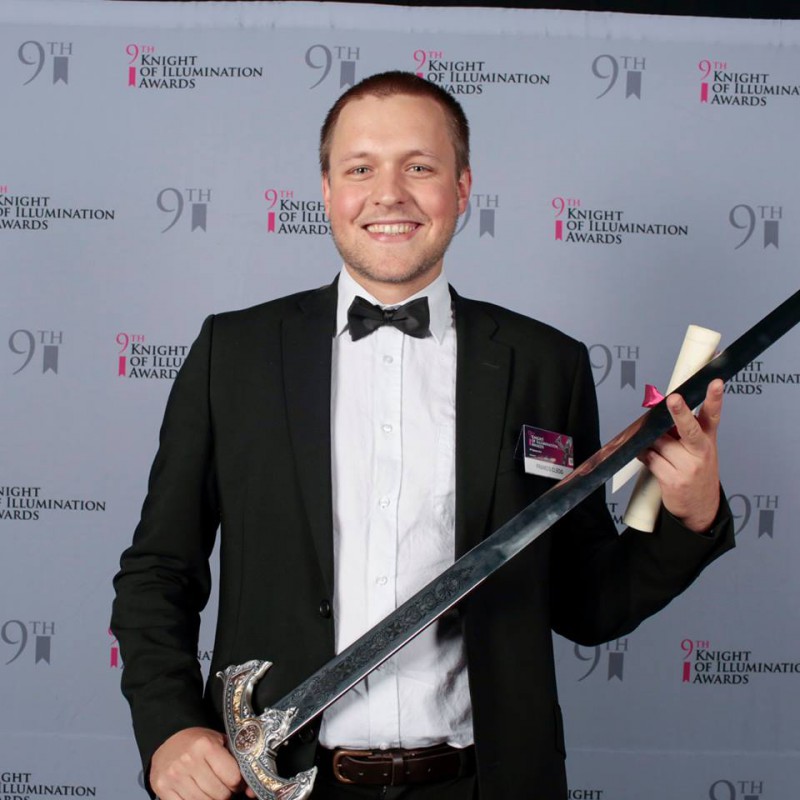 Francis with the very impressive 'Knights of the Illumination' award

On Sunday, 18th September, the winners of the ninth edition of the Knight of Illumination Awards were announced during a glittering ceremony at the Eventim Apollo, Hammersmith, London. The Awards celebrate the outstanding achievements of lighting designers across theatre, television and concerts.

Ex student, Francis Clegg, was amongst the 500 lighting professionals and he went on to win the HSL Lighting Design Award for Concert Touring with the band Public Service Broadcasting. 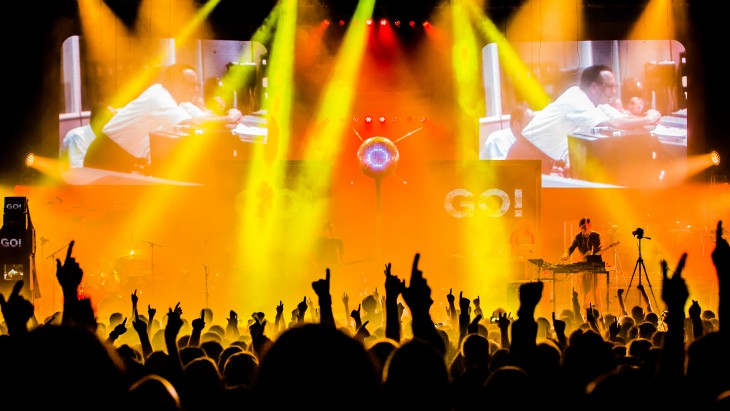 An image from the 'Public Service Broadcasting' award winning gig

Francis left Hereford Sixth Form College in 2009 after studying A Levels in Chemistry, History, Mathematics and Physics but alongside his studies, was involved in many of the musical and theatrical productions which opened up his interest in the field of lighting design.

Francis said of the College, “Having moved from Canada to the UK only two weeks before starting at Hereford Sixth Form, I found it a particularly welcoming and inclusive environment. I was encouraged to progress not only in my academic studies but also through opportunities in music and theatre. It was from my experiences at HSFC that I developed an interest in technical theatre which led, in a roundabout way, to my current career designing concert touring shows for rock and pop artists.”

Following a stint at Portsmouth Naval Base working for BAE Systems as a ‘Year in Industry’ student, Francis joined a four year MEng in Mechanical Engineering at Imperial College, London, honing his skills with extra theatre, club and event lighting work.

He also came back to Hereford to work on the set of the College’s legendary production of Romeo & Juliet in 2013 held at Hereford Cathedral. At this event he worked with previous Knight of the Illumination Award winner, Jamie Thompson (son of our retired Drama Tutor, Colin Thompson).

Francis is now a freelance lighting designer working as part of MIRRAD – a visual arts and design collective (also with Jamie Thompson) and is particularly experienced in working with new and young artists and has worked for Slaves, Public Service Broadcasting, Kano, Stormzy, Lethal Bizzle, UB40, Banks and Snarky Puppy to mention just a few.

We love to hear what our ex students are getting up to and it’s fascinating to find out what career paths they are taking. Huge congratulations to Francis on the Knights of Illumination award. We’re proud to have a played a very small part in your success and hope that your story inspires others to join the illuminating world of lighting design.