Debate Society off to a "Smokin" start 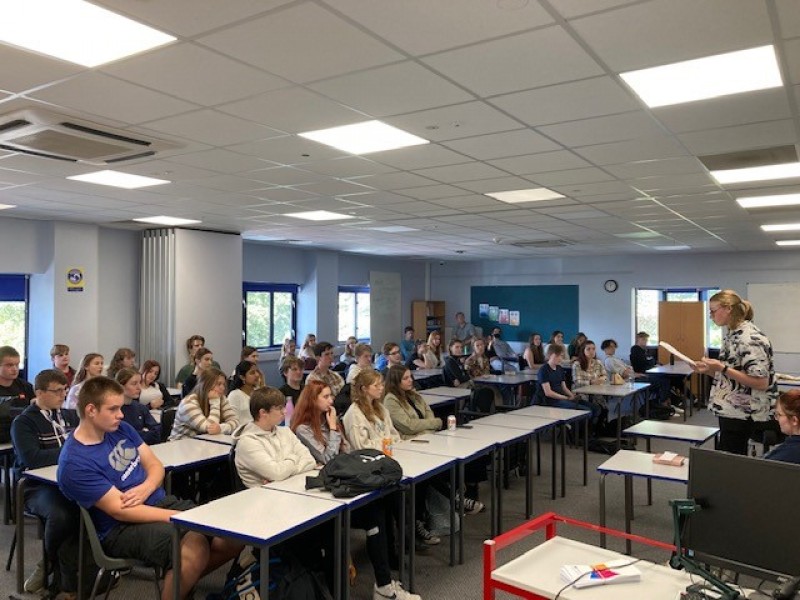 Students listening to the debate

On Friday 23rd September, the Debate Society saw a vibrant turnout of 72 students for its first student debate of the 2022-23 year: “This house believes that vaping should be banned”.

In its 19th consecutive year, the Debate Society is traditionally one of the largest societies at Hereford Sixth Form College, with events regularly engaging between 100-200 students. It acts as a cross college forum for the discussion of social, ethical, political, environmental and current affairs. In an era of polarised social media; the Debate Society offers genuine discussion which examines the complexity of contemporary issues.

Attendees enjoy a programme of visiting speakers who are experts in their field. The society has strong national and local community links with politicians, pressure groups, business leaders and charities. Speakers give a 20-30 minute talk with students then having the opportunity to question the speaker.

Participation in both Society events, has notable personal and career benefits for students. It develops confidence, public speaking ability, analytical thinking and knowledge of current affairs. It is particularly advantageous for those intending to progress to higher education. Members of the Debate Society have used their experiences as a stepping stone in their careers.

There are a number of events already planned for the first term which are listed below:

Fri 7th October: Student Debate: “This house believes that prostitution and soliciting should be fully legalised in the UK”

The Debate Society offers an inclusive opportunity for all students. No need to book - just come along! Usually on the top Floor of Risbury on alternate Fridays - see IMPACT for details.