Three students from the Elite Athlete programme have been recognised at the Herefordshire Sport Awards.

World and European Taekwondo Champion Kieran Lowley was presented with the Junior Male Achiever Award at the Shire Hall after being ‘highly commended’ in the same category previously.

This success was replicated in the Junior Female Achiever category. First year BTEC student and fencer Alix Turley, was recognised for her performance in the cadet European and World Championships.

Isaac Florence (fencing) was also ‘highly commended’ for a consecutive year in the Junior Male Achiever category following his number 1 ranking for Welsh under 18s and representation at the National School Games. 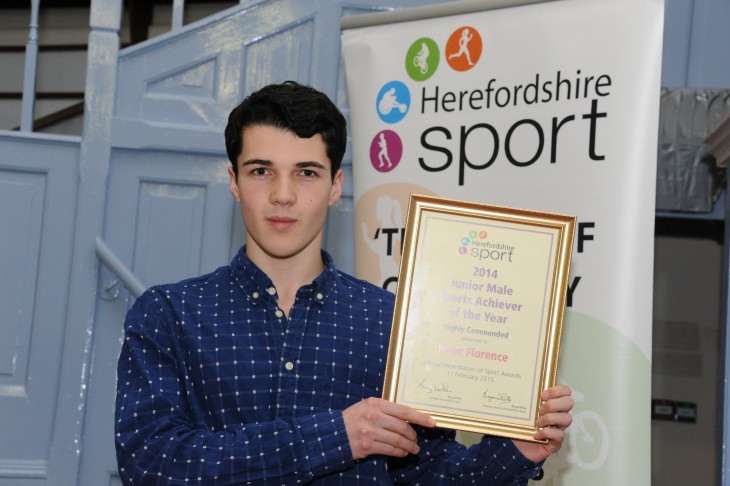 The College’s Elite Athlete programme supports any student who is competing at international level in their given sport, to allow them to achieve their full sporting potential.To find out more click here