Having come third in their first ever competition at Magdalene College Oxford, last year, a team of 15 of the brightest and best students from Hereford Sixth Form College were victorious in the Model United Nations competition at Malvern St James College on Saturday 21st November.

As the only representative of the state sector at the competition, they were competing against 12 public schools including Shrewsbury School and The Kings School, Worcester. Many of whom were veterans of these events but the Hereford squad ultimately ran out comfortable winners.

Model United Nations events are considered highly prestigious events and are very difficult to win as they require a combination of fully developed skills in public speaking, reasoned argument and debate, and the ability to persuade other delegates that their constructive solutions to issues of international politics are the most tenable in the cut and thrust of heated discussion on the assembly floor.

The team, formed from a core of history students, but including scientists, economists and literature students, ably demonstrated the full breadth of talent that exists in the College. 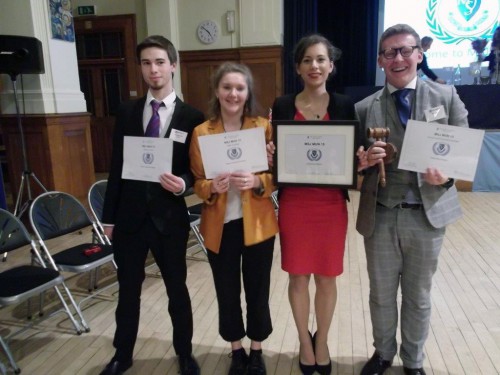 Some of the individual winners 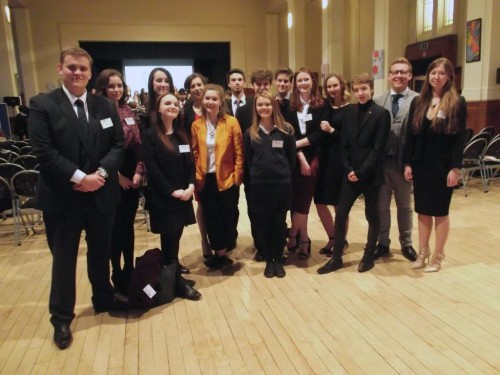