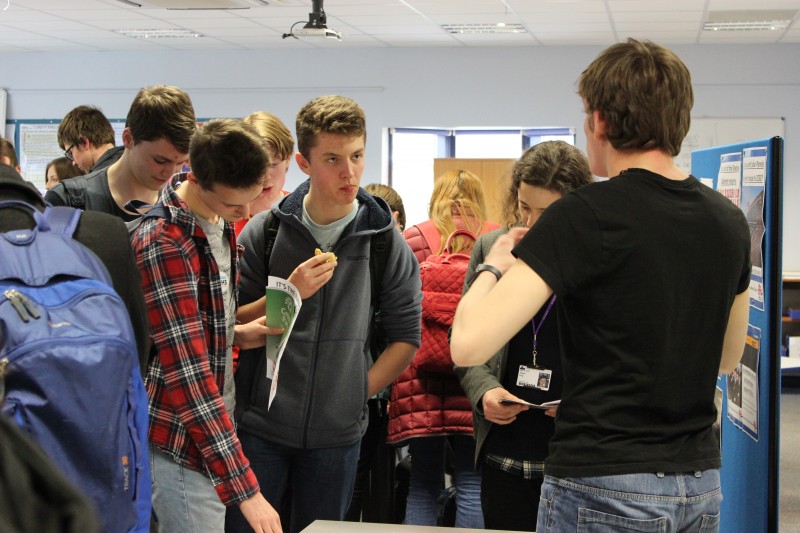 The tradition of student mock elections at the College continues in 2017.

On Friday, 24th March, leaders of the contesting parties set up stalls to talk to prospective voters. The leaders, and their enthusiastic teams, took over the top floor of the Risbury building at lunchtime.

The turnout was remarkable with large numbers of students dropping in over the hour to pick up literature and posters and talk to the students about their policies. It was really pleasing to see so many students engaging with politics.

The candidates for this year’s elections are:

All students can vote electronically once the final hustings debate has been heard on Friday, 7th April.

With the success of this preliminary event, we're hugely looking forward to the final hustings debate and expect a large voter turnout.