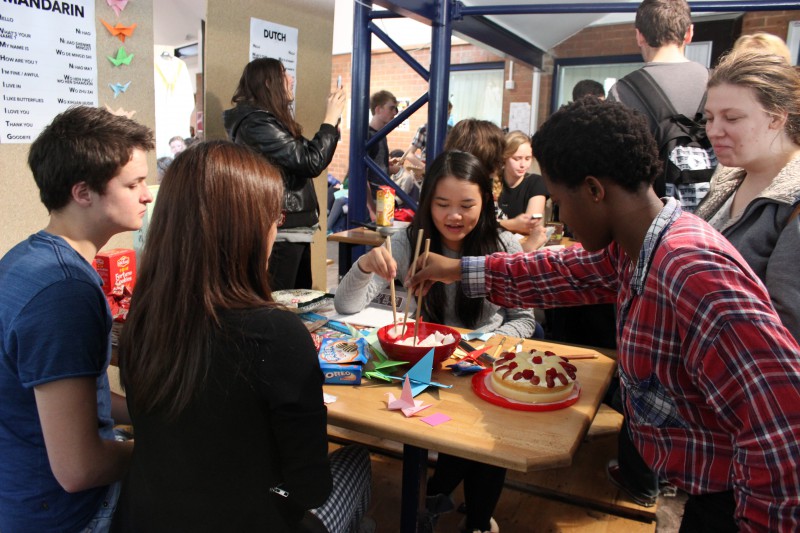 The National Centre for Diversity (NCFD) recently announced that Hereford Sixth Form College features at number 24 in the Top 100 Index. The Top 100 Index highlights the very best of the UK across 600 organisations.

The National Centre for Diversity hosted their first annual Grand Awards evening at The ICC Birmingham, on Wednesday 20th January 2016, to celebrate commitment and shining examples of excellent work around Equality, Diversity and Inclusion in the workplace.

The College Lead for Equality & Diversity, John Pratt, said, “At Hereford Sixth Form College, there’s a real buzz about the diversity of the College community and to be included in the National Centre for Diversity Top 100 list is a recognition of that. Advancing equality and tackling discrimination in wider society is something students and staff take very seriously and it was a pleasure for us to work with the National Centre for Diversity recently to achieve our award of Investors in Diversity”.

The evening brought together some of the country’s most innovative, inspiring and influential people, to celebrate the many achievements of the some of the biggest organisations from across the UK.

Chief Executive of the National Centre for Diversity, Solat Chaudhry, commented: “I am incredibly proud and thankful to all those who attended our first Grand Awards evening. I want to offer huge congratulations to all of our award winners, each of our award winners and those who were shortlisted were very deserving of this level of recognition. I hope to see even more members of the National Centre for Diversity family at next year’s Awards evening!”

The evening was headline sponsored by NG Bailey and Amey; however, the NCFD Grand Awards 2016 attracted sponsors from across a variety of sectors and industries, including the Association of Teachers and Lecturers, South Lanarkshire College, Vinci Construction and the National Open College Network

The National Centre for Diversity has already confirmed the date as the 19th January 2017 for the next Grand Awards evening, for more information visit www.nationalcentrefordiversity.com, email admin@iiduk.org or call 0113 388 0145.