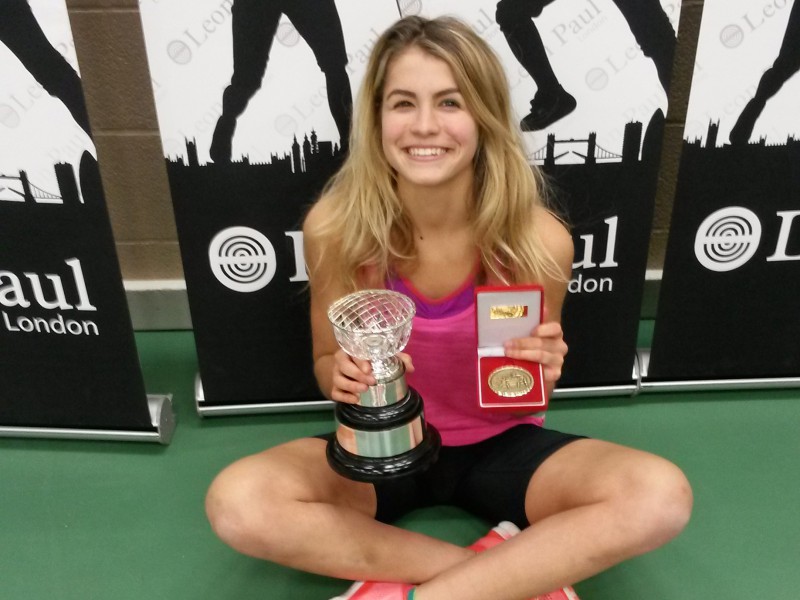 Congratulations to Rebecca Wakefield who won the Hereford and Worcester Fencing Open and also won Best Junior and Best in the County.

After great performances at their trials, Jacobus Oosthiuuizen and Mary Yoxall have both been selected for the West Midlands swimming team who will attend the National Championships in Tyne and Wear next April.

The Girl’s Football Academy has had a superb start to their season, having won all of their games so far and scoring a whopping 31 goals in 4 games. This has put them top of the table and the girls are keen to maintain their form for the remainder of the campaign.

An excellent all-round team performance saw the girls also have a very successful trip to Stoke-on-Trent for their regional tournament. After getting through the group stages, the girls beat King Edward VI Stourbridge 2-0 in the quarters so went on to play Dudley in the semi-final. Dudley were a very strong side but we battled well defensively and held them to a 0-0 draw through to extra time. Unfortunately it wasn’t to be and the girls lost on penalties. It was a great effort to not concede a single goal throughout the entire tournament and to come third out of 16 teams is a fantastic achievement.

The Men’s Football Academy team made it to the second round of the AoC Sport Cup after knocking out a strong Hartpury side 1-0. The boys were unlucky not to progress any further after losing to Coleg Y Cymoedd in the third round.

The lads also narrowly missed out on making it to the semi-finals of their regional tournament after losing on penalties in the quarters.

The Netball Academy girls also had a great showing at the West Midlands Regional Tournament in Worcester. After some strong performances the team made it through to the semi-finals after three wins and a draw in the group stages. Everyone gave their all but unfortunately the girls lost to Newcastle-Under-Lyme.

Meg Pugh was invited to attend the National netball trials in Sheffield. Despite being injured she still went along and did the best she could, however it was clear that Meg had an injury so she has been asked to re-trial next year.

Our Rugby Academy team also made it to the semi-final of their regional 7’s tournament in Coventry after winning all of their group games. Again we just missed out on the final after losing 35-26 to Newcastle-Under-Lyme.

The team is having an excellent run in the NatWest Vase and are now due to play King Edward VI Stratford-upon-Avon in the fourth round.

The 1st team have been lucky enough to have the opportunity to play at Cardiff Arms Park in February in a fixture against Cardiff and the Vale College. This will be a brilliant experience for the lads involved and has given them the drive to train harder as they all want to make that squad.

Our 1st XV are still on for the AoC Midlands Premier league title for potentially the third year in a row.

After losing their first game of the season, the Basketball Academy 1st team have since been on a fine run of form and haven’t lost a game. The boys are also due to play Cirencester in the 3rd round of the AoC Sport Cup after beating Worcester Sixth Form and Gloucestershire College in the previous rounds.

The basketballers went on a six game winning streak at the regional tournament in Worcester before being knocked out in the semi-finals by Birmingham Met.

Jodie Beddow has been selected from the England Hockey Futures Cup to represent the England U18s Hockey squad. You can see an article from the Shropshire Star on Jodie's progress here.