The Story of Titanic's Sister 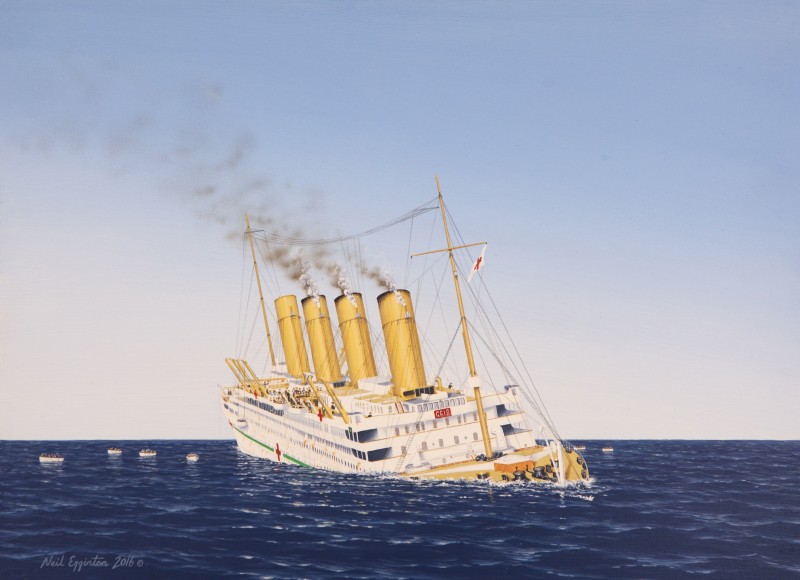 On Tuesday 21 November 1916, at 8.12am the Titanic’s younger sister HMHS Britannic was on her way to the war zone to pick up more wounded, when a terrible explosion rocked the ship.

Some said they saw a torpedo’s wake racing towards her, however it was most likely a mine, as it was forbidden for the enemy to re at hospital ships. A huge column of water erupted alongside the starboard bow as the ship swayed from the shock.

The wireless was broken from the impact and so the operators had to work on the less powerful emergency set. Luckily, they got in contact with other ships, who promptly began racing to their rescue.

Captain Bartlett ordered the watertight doors shut. The watertight bulkheads had been raised in the wake of the Titanic disaster just four years earlier and the ship had been given double hull along the boiler rooms and engine room.

However, this all proved useless as the explosion had distorted the ship’s frame and so the doors would not slide down their tracks. Bartlett decided to aim for the island of Kea to beach the ship. This struggle to reach safety would prove disastrous.

With the ship ploughing forward, more water rushed into the hole at the bow, causing the ship to sink even quicker. A few crew members had also commandeered some of the lifeboats without the Captain’s permission, and so were tragically sucked into the ship’s still turning propellers.

Realising the ship would not make it to the island, Bartlett stopped the engines and prioritised the lowering of the lifeboats. They were stored under five huge gantry davits on the boat deck, and there were more than enough for everyone aboard.

With the ship brought to a halt she began to settle more slowly, and upon witnessing this Bartlett again tried to make for land. But it was too late. The ship was down at the bow and listing heavily to starboard, water lapping at the forecastle. As the water reached the bridge, Bartlett simply walked off into the water and swam away. One by one the Britannic’s four great funnels began to collapse to starboard, crashing into the calm sea with a huge splash.

At 9.07am her stern slipped under, just fifty-five minutes since she had been hit.

Being in the Mediterranean the water was warm and the survivors were soon picked up by rescue vessels. Out of the 1,062 aboard, 1,032 lived. Just thirty people died. They were thirty among the millions of others who died during The Great War, none of whom shall ever be forgotten.