The Fall and Rebirth of the World Rally Championship (WRC) 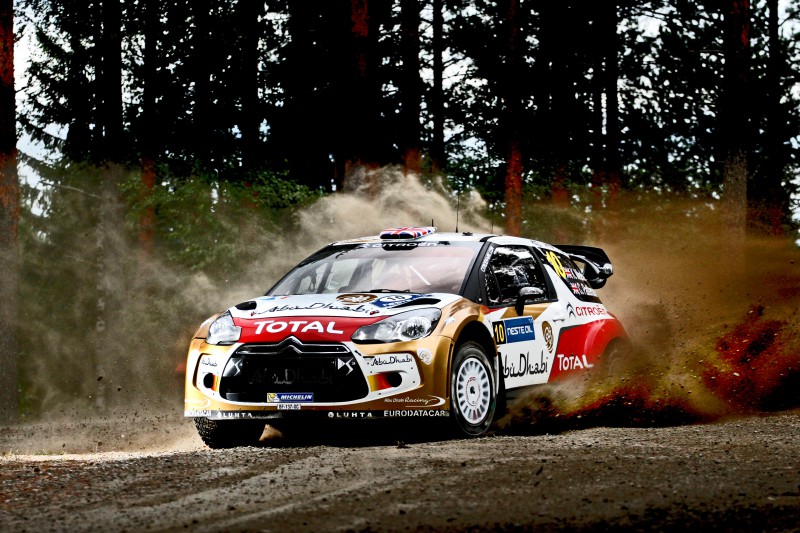 To some...[it was] something of a sport falling to a slow and painful death...[but recently]...Fan counts started to rise again and stages started to get sold out.

The World Rally Championship, was once a world superpower in motorsport. To some the WRC has become something of a sport falling to a slow and painful death.

The World Rally Championship is considered to be one of the greatest spectator sports on the planet. It is known to be one of the only sports where you see the cars drive from less than six metres away, and later head to the pit area to walk around and speak to the drivers, all while the mechanics work on their cars right before your eyes.

This season has been one of the most exciting in recent history: the return of Hyundai, a close duel between the Volkswagen team mates and the announcement of Toyota returning to the WRC in 2016/2017. These show that the sport is resurging as a force in motorsport.

Why did it fall from grace to begin with? Why has a sport, once shown on most television channels internationally, only recently got a live coverage deal with British Telecom Sport in the UK? Why did a sport, once supported by nine manufacturers in 1999, get reduced to two manufacturers ten years later?

The trouble started in 2007, the WRC had only three manufacturers, Sebastien Loeb won his fourth title in a row and, yet again dominated the season. Loeb and Citroen were an unbeatable combination, and Ford could just about latch onto their tail. Subaru could barely touch either of them which lead them to leave the season after, which was a huge hit to the sport itself. Subaru, the most legendary of all teams left and took a huge fan base with them. Fans complained of the predictable nature of the sport but there was nothing management could do. As the fans grew less, sodid the WRC's momentum, as the momentum fell Sebastian Loeb kept winning titles year upon year.

In 2011, a major rule change shook the sport, by then Loeb was on his eighth title in a row. These changes were made in a bid to make the sport more attractive to potential manufacturers. By making the cars more eco efficient (1.6 engines instead of 2.0 litre) and putting all the teams on level they hoped that Citroen and Loeb would not run away with the titles again. All this, in turn is attracting fans. Although not immediately obvious, this change worked, in fact it worked extremely well.

Mini announced its entry in the WRC for 2011 and although Loeb took the title again, it was clear that the playing field was reset. In another close contest in 2012 it was announced that Volkswagen would arrive on the scene for the next year and Sebastian Loeb, who won the title that season again would retire as a nine-time world champion. Fan counts started to rise again and stages started to get sold out. The new TV deal with BT sport also opened up the WRC to a whole new audience. From here, the only way is up for the World Rally.