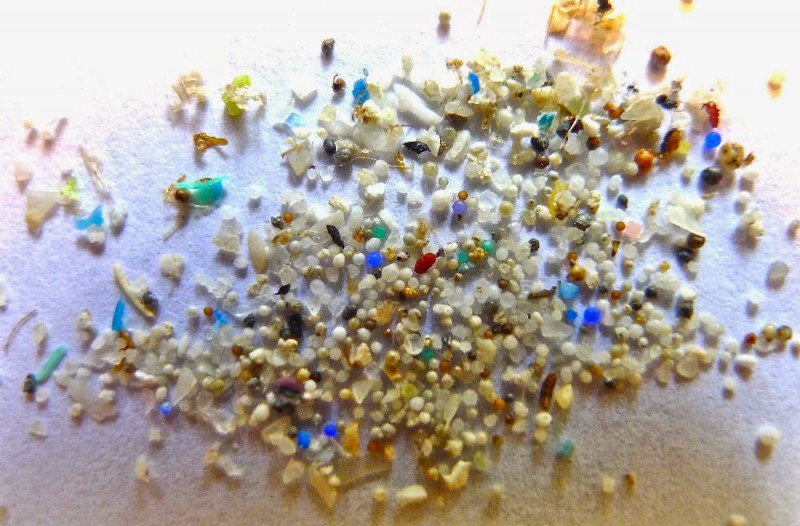 Teeny in size, microbeads are too small to be sifted out by water treatment facilities and consequently are flushed out to sea.

Made up of different plastics these non-biodegradable orbs increasingly contribute to the ever-expanding plastic soup, otherwise known as the ocean. Once in the water, aquatic life mistake the miniscule spheres for food, ingesting the toxic micro-plastics, which inevitably means we eat both the fish and the poisonous, plastic pellets. Specifically 35% of 670 marine species were found to have microbeads in their stomachs; this is a small representation of the damage microbeads are having on the environment.

Furthermore, companies produce microbeads with a smooth surface, meaning their exfoliator role is a façade: effectively rolling over your skin without fulfilling the promised function.

An industrial sized problem, there is a minute solution: boycott the bead.

Without you, the cosmetics industry cannot sustain the use of microbeads; so some cost-effective (essential in the student life) replacements: sugar, coffee grounds, rice, apricot seeds, walnuts shells, crushed pecan shells, coconut husk, oatmeal, bicarbonate of soda and lemon, sea salt and almonds. With a little water, these are some great-smelling alternatives.

Let’s scrub out blackheads and microbeads.