Louis Van Gaal: The Journey to the Red Devil Hotseat 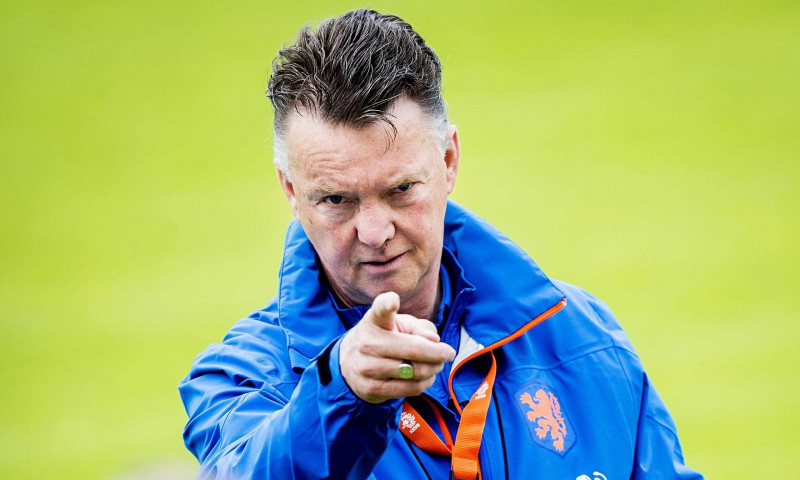 Van Gaal's original appointment...swirled a storm of excitement...However...the Club has suffered their worst start since 1986

Van Gaal's original appointment back in May, coupled with the incredible performance of his Holland side at the World Cup, swirled a storm of excitement amongst Manchester United fans and English football fans alike. Titles won at Ajax, Barcelona and Bayern Munich lay on the record of the man replacing the sacked David Moyes at Old Trafford. However, with £145 million spent and the British transfer fee broken, the Club has suffered their worst start since 1986. The Dutch manager seems to be in the greatest managerial test of his career, but there have been many challenges before his arrival to the Red Devils.

To understanding the man Louis Van Gaal, maybe the best indicator was his arrival at Bayern Munich to replace Jurgen Klinsmann in 2009. On joining the Bavarian powerhouse, he stated "The club is like me: self-confident, dominant, arrogant, honest, hard-working, innovative - but also cordial and familial." Johan Cruyff observed that his Dutch counter-part had "one or two screws loose in his head." However, the now Manchester United boss has a management record that even Cruyff would be envious of. He's lifted his native league cup four times and one KNVB cup (Dutch Cup) with Ajax and AZ.

His venture to Spain with FC Barcelona won him back to back Spanish league titles in his first two years, in which he added the Copa Del Rey to his collection in the first season. At Bayern, he not only won the league and cup but took them to the Champions League final, losing out only to Jose Mourinho's Inter Milan. After a successful third place finish in this summer's World Cup, Van Gaal was pinpointed as the man to take United, successfully, out of the Ferguson era (something David Moyes was judged to have failed to do.) The trophies lifted are only half the story.

Van Gaal took over the mantle of Ajax manager in 1991, promoted after serving as the previous manager's assistant. Here he became known for employing an attacking style of football, but also a high level of discipline with his players. The young players embedded into the Ajax team he created went on not only to dominate the Holland national team line up, but club football across Europe. The team that won him the 1995 Champions League final against AC Milan included the names of Edwin Van Der Sar, Clarence Seedorf, Patrick Kluivert, Frank De Boer and Frank Rijkaard; a set of young players who between them went on to lift 11 Champions League's in the course of their careers. Young players that go on to be a success have been the foundation of a lot of Van Gaal's success evident not only in Holland but also with his venture at Bayern Munich in Germany.

His opening season at the five times Champions League winning club was extremely similar to that of his beginnings at Manchester United, pretty poor. Again, like in Manchester, he tried to change the style of the team to a more possession game built around short passes from the smash-and-grab play his predecessor Klinsmann adopted. After four months into the season, Bayern had suffered their worst start in four decades and were on the brink of being eliminated at the group stage of the Champions League. Brazilian star centre back Lucio departed the club with a hate for the Dutchmen and Luca Toni left after friction with the boss over discipline methods which saw him dropped down to Bayern's 'B' team. Under performing stars putting his job under increased pressure, but with a host of young talent waiting in the wings was the scenario for Van Gaal at Bayern, essentially a mirror image of his Manchester United situation. The poor start by Bayern at the start of the 2009 season bizarrely was the foundations on which the club built their incredible success that would ensue over the next five years. Angered with the underperforming stars he called Holger Bastuber up from the under 21s, put now David Alaba, considered one of the world's best full backs, from the centre into left back; took Bastian Schweinsteiger (now World Cup winner) into the centre of the field and put Thomas Muller into the starting lineup who has blossomed to be considered now Germany's best player. Bayern tore through the Bundesliga, going from the worst of starts to the best of finishes winning the league, cup and reaching the Champions League final! If his time in Germany is anything to go by the likes of Adnan Januzaj, James Wilson and Tyler Blackett could have a very prosperous career ahead.

However, for a complete picture we need to look at his darker history.  There's how the Bayern job ended, his fallouts with players and the whole region of Catalonia which turned their backs on him. The beginning of the end as manager of F.C Barcelona began with Brazilian Rivaldo at the peak of his powers after two successful seasons in which Barca won the title in both, asking Van Gaal to be moved from the left wing to behind the striker. The manager decided to start to bench Rivaldo, as he picked positions not players. That season he only scored 12 goals, down from 24 in the previous campaign! Van Gaal was sacked for not retaining the league title, much to the joy of the Catalan press. The media not only disliked Rivaldo not being in the team, but detested the Dutchman's aggressive attitude towards them with Van Gaal not even learning Spanish or Catalan. Van Gaal famously announced to the media: "Friends of the press, I am leaving. Congratulations."

His return to the Spanish Giants in 2002 was short-lived, with a fallout over Rivaldo again being the key stumbling block. That season Rivaldo departed the club to AC Milan where he won that year’s Champions League. On departure the Brazilian said "Van Gaal is the main cause of my departure, I don't like van Gaal, and I am sure that he doesn't like me, either." When Van Gaal was sacked in January 2003, the club were only three points above the relegation zone.

He had further player disputes later in his career and more famously at Bayern Munich. As mentioned before, Luca Toni was sold who, at the time of Van Gaal's arrival, was a fan favourite. From early on, the pair struggled to form a player-manager relationship of any kind. In a team meeting, the Dutchman saw Luca slouching on a chair so preceded to pull his ears so he sat up straight, something that for a child is embarrassing enough. The manager also forced the Italian striker to play two games for the Bayern 'B' team, called Bayern Munich ll, which participates in an amateur league, despite him recovering from an achilles tendon injury. Then to prove to the squad he was a strong enough personality to drop big name players, he allegedly proceeded to pull his trousers down to prove how big his testicles were. Luca Toni recalled that "Luckily I didn't see a lot, because I wasn't in the front row." The following season Van Gaal went head-to-head with Mark Van Bommel, signing the young Luiz Gustavo in the winter break who played the same position as the Bayern captain. Shortly after the signing of Gustavo Hoffenheim however, Van Bommel lost his captaincy and the same month was sold to AC Milan. After a poor season the club announced they would not be renewing the manager’s contract at the end of the season. He didn't even last until the season’s finale in May and was sacked in April after a season of speculation.

Out of the league cup and currently 7th in the league, the jury is certainly still out on Van Gaal's Manchester United venture. The Red Devil defence is leaky, but the attack is memorising. There's been talk of transition, philosophy, biggest club in the world and over-spending on players but there is only one constant. Manchester United is expected to be successful. David Moyes wasn't fortunate enough to see out his contract, but the board are continuing to stress the Dutchman will be given time. He has Angel Di Maria, Robin Van Persie and Captain Wayne Rooney at his disposal but a host of youngsters who have been continually used this season. A man of a record of success in his first season but followed by failure and fallout. One thing is certain, Van Gaal's reign in Manchester will certainly be interesting.