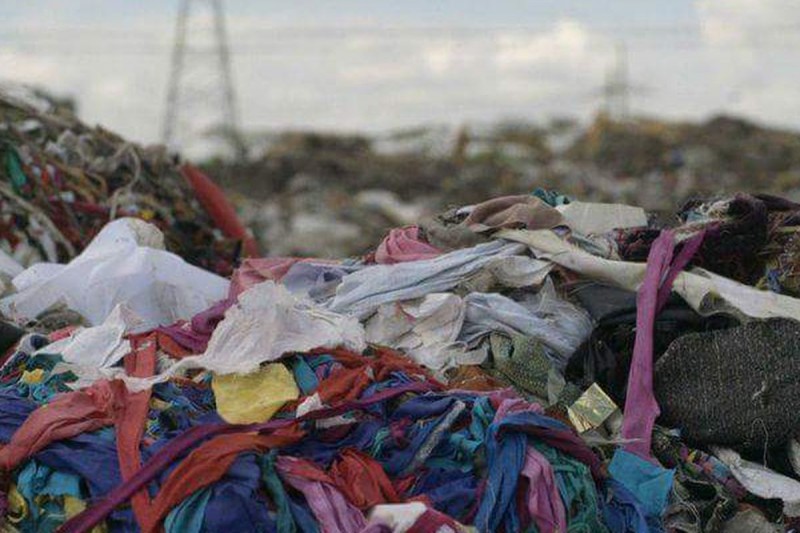 Within philosophy, the idea of three concepts being unable to co-exist is aptly named ‘The Inconsistent Triad’. During the Christmas season, when sales increase to their peak for most aspects of commerce, the question of whether fashion, our current levels of consumerism and the need for sustainability can co-exist is especially pertinent. So are fashion, consumerism and sustainability incompatible? If so, which one will have to be removed from the triad?

Firstly, fashion; the global industry is now estimated to be worth three trillion dollars and it is expected to grow - despite the current state of the UK high street. Fashion in and of itself is not harmful. However, it has now become inextricably linked with the consumerism, as pushed by fast fashion brands such as H&M, Primark, Topshop - well, almost every well-known fashion brand. Now, there are new launches of collections almost daily - meaning clothes are only fashionable for an exponentially shorter period. This, of course, benefits the brand’s profits whilst harming almost every other aspect - environmental or social.

However, this was not always the case. Even 30 years ago in the 1980s, buying new clothing every month would have been seen as unusual - today’s teenagers spend 20% of their income on clothing and every teen has a ‘hypebeast’ friend who hunts down Supreme and Palace clothing costing hundreds of pounds. But can the fashion industry return to ‘slow fashion’, or an even better question, can consumers repress their desire for “new clothes, and plenty of them” as Hattie Crisell of The Telegraph put it? Consumerism has eclipsed fashion in influence; all products have become affected by it. The epitome of consumerism is ‘planned obsolescence’ wherein a company designs a product to have an artificially short life-span - the idea behind this being, if you purchase an iPhone and it lasts for decades, how are Apple supposed to continue making sales?

However, the global economy has thrived on an increased consumer’s purchasing power for decades. Whilst there are small movements to put an end to consumption on such a huge scale (it is estimated that £140 million pounds worth of clothes is put into land ll every year), will fashion houses ever promote slow fashion and simply less buying when it will cost them profit? The answer is probably no.

This all leads to sustainability; closing the loop on recycling and bringing everyone into the loop of the true cost of fashion is currently the best strategy as, at the current rate of consumption, whilst avoiding ruining the planet, it is clearly impossible for fashion and consumerism to exist simultaneously in their current forms. There needs to be a fundamental movement towards more sustainable consumption and a (re-)separation of fashion and consumerism to create a healthier approach. This would mean purchasing fewer products. Yes, these products would be more expensive, but higher quality.

Ultimately, consumerism is the most obvious removal from the triad; however, consumerism is also a driver of the (current) economy, holding huge nancial importance. Unfortunately, today nancial signi cance means political power. Fashion can only co-exist healthily with sustainability once it has been extracted from the reaches of consumerism, and this will be incredibly tough. But there are signs of hope; the sustainable fashion market has expanded. Until there is huge societal and policy change, however, this will remain a small patch on a huge gaping rip of unsustainable consumerism.