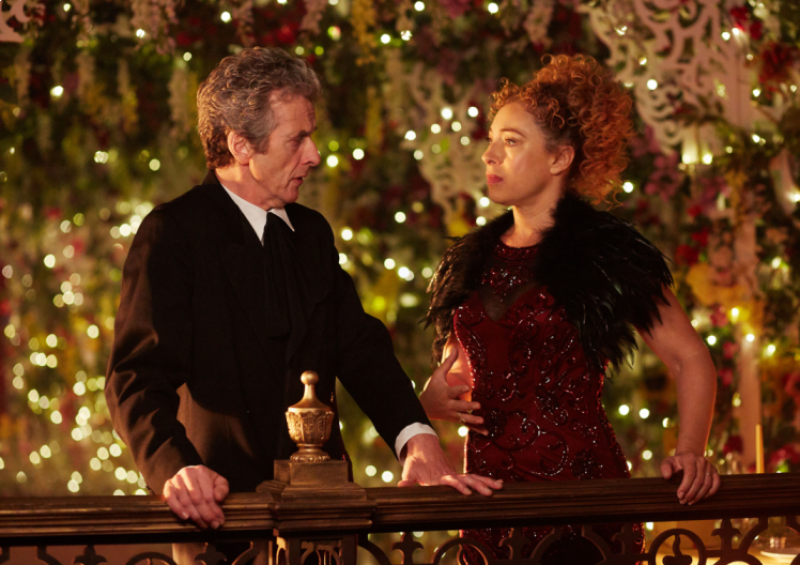 “It’s Christmas Day on a remote human colony and the Doctor is hiding from carols and comedy antlers. But when the Time Lord’s help is requested he finds himself recruited into River Song’s squad and hurled into a fast and frantic chase across the galaxy! King Hydroflax (Greg Davies) is furious and his giant robot bodyguard is out-of-control and coming for them all! Will Nardole (Matt Lucas) survive? And when will River work out who the Doctor is?” ­– BBC Website

Every year since Doctor Who was rebooted back in 2005 there has been a themed Doctor Who special aired on Christmas day.  This tradition will be upheld with Steven Moffat writing this year’s episode. The first trailer for the special has just been released as well as the cast list, with Peter Capaldi, the current Doctor starring alongside returning character, River Song, played by Alex Kingston, as well as guest appearances from Greg Davies and Matt Lucas.

This year’s special really is set to be incredible, with the return of River Song, who last appeared alongside Matt Smith in 2013.  There are sure to be some surprises with this being the first time River Song will have met the Doctor since his last regeneration. Although we haven’t been given much idea of what to expect, there is no denying the Doctor Who Christmas special is one of the most anticipated shows on TV this Christmas.