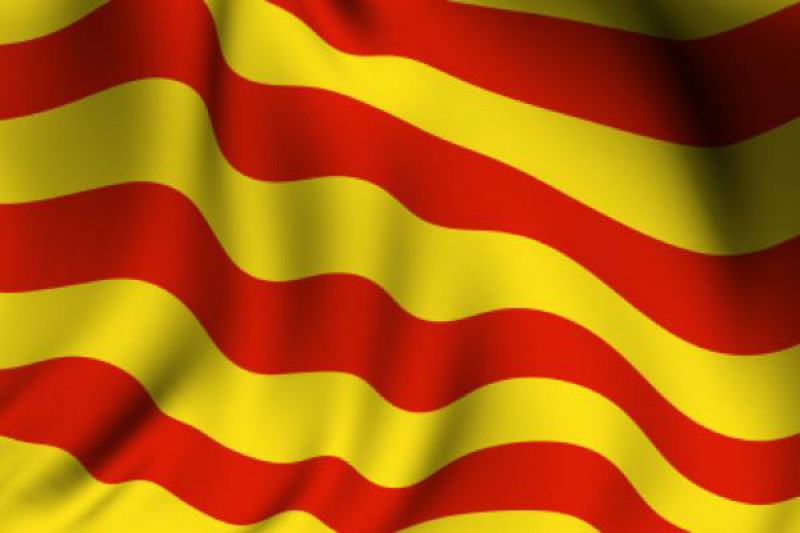 A state with a parliament older than Westminster , a rich history, but a bloody past is today the scene of a political struggle.

An update on the Catalonian independence referendum:

As Britain saw its own independence referendum in September, eyes have also turned to the tug of war for self-determination elsewhere in Europe. A state with a parliament older than Westminster, a rich history, but a bloody past is today the scene of a political struggle. The autonomous community of Catalonia who despite having a proposed plebiscite banned, are continuing their fight for independence.

It was originally planned that on November 25th Catalan citizens would go to the polls to vote on their continuation as a devolved body inside the nation of Spain. However, the planned referendum was barred by the Spanish Constitutional Court and the Spanish Prime Minister called the vote “anti-democratic”. The Spanish government has opposed the move because it contends no one group of Spaniards should make decisions on sovereignty that affect the whole country.

The political contest between the central Spanish government and that of the Catalan pro-independence parties is immense compared to the seemingly simple nature of the battle between the British Government and Alex Salmond’s SNP. In Britain, it was a comparatively simple situation that the Scottish people would vote on their future, but the Spanish government would only allow a full nationwide referendum on any region’s continuation in Spain. As an alternative to the banned referendum, the President of the Generalitat de Catalunya (consists of the Executive Council, the President and the Parliament of Catalonia), Artur Mas, is now pushing a ‘consultation of citizens’. This ‘consultation’ is essentially a watered down version of the planned referendum. The November referendum planned to ask voters if they want Catalonia to become a separate state, and in the case of an affirmative response, whether they want this state to be independent. The vote now will essentially be non-binding and open to anyone who wants to cast their ballot. The Spanish Government nonetheless is trying to block any vote.

Under Spain’s post-Franco constitution written in 1978, Catalonia was granted more self-government than any other region in Europe. The resurgence of independence calls in 2009, came as Catalans thought it would offer a release from the recession. Before the economic statistics there are much simpler ones: Catalonia's population is approximately 7.5 million. This would create a country of similar size to Bulgaria with a major European city as the capital in Barcelona. Originally the Catalan Parliament’s aim was to essentially force the Madrid Government under economic recession to grant the region economic aid or they would start a greater push for independence. Catalonia has asserted, (agreed by economists), that the region pays 15 billion euros more every year to Madrid than it gets back in funding for services and public projects.  It has the largest GDP of any other region in Spain standing, in terms of US dollars, at 255,204, (comparatively higher than the EU nations of Greece, Ireland and Portugal), which  all are countries that have needed huge EU economic assistance.

The Spanish Government’s argument is that any “region-only”- vote is unconstitutional. However, there must be an element of fear economically if the region broke away from Spain. Catalonia represents 8% of Spain's territory, 16% of its population, 20% of its GDP, 25% of its tax revenues, and 35% of its exports (and 45% of high-tech exports).  It can be said the Catalan economy is of huge importance to Spain, but to say the regional government’s economy is strong would be inaccurate.  When considering Catalonia regional government is in debt to the tune of €42 billion and already receives billions from EU structural funds, a new independent Catalonia could actually become an economic burden for the EU.

Whether the vote is legal or non-binding in November is actually not of primary importance as it has forced the question of Catalan independence to the forefront of Spanish politics. Catalonia is only one of a few regions in Spain who continue to fight for independence, (though unlike the Basque Country in which separatist groups like the ETA went for the terrorist rather than democratic route).  The fall of Barcelona on 11 September 1714 in the War of Spanish Succession was the end of Catalonia as a separate identity as they became a part of Spain. The victor of the Spanish Civil in 1939 war Franco oppressed the Catalans, banning their unique language, flag and culture; a ban that wasn’t lifted until 1975. In the post Franco era, more and more power was given to the Catalonian government, to the extent so that they distanced themselves from Spain when they banned the iconic tradition of bullfighting in 2010. Millions line the street year after year in an attempt to conjure up support for independence and it may be said that  the region may be taking its last few steps to becoming an independent nation again.