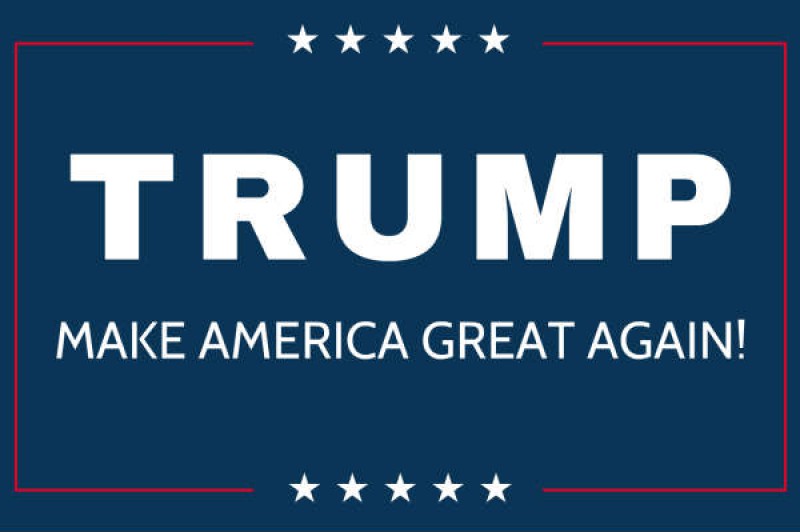 We have recently witnessed the appointment of one of the most frightful, explosive, outrageous and orange-toned presidents to ever have blessed America with his dominance. Catapulting the US from a modern and diverse nation back into time, when the KKK was at its peak and white supremacy ruled, Trump has managed to sever every rope that has hauled America into the future.

It seemed impossible that a man of such disgraceful interests, a man that offended nearly every US citizen (apart from the white male), would even be able to grab a few ticks in the ballots. Yet, there he is, slithering his way into the Oval Office, and here I am writing this article. But whilst the widespread horror is being focused on Donald Trump, we are all forgetting one thing. Trump did not get into power without the help of his people, and it is in fact his people who embody blissful ignorance.

Firstly, let’s delve into some of Trump’s most despicable, yet strangely celebrated policies. Immigration, abortion, Muslims, nuclear weapons etc. were sprawled across the media like graffiti – we all saw it as an act of vandalism. However, it seems some perceived these policies as art. There was Trump, a newly-discovered Banksy of politics, spray painting messages on the walls of their homes that connected with them on a level that Obama and Clinton couldn’t reach.

His promises of “Making America Great Again” widened the eyes of many Americans. Decades upon decades of false hopes and lies had built up into this one, burning ball of anger among civilians who still hungered for the American Dream. Trump played upon this vulnerability by quite literally spelling out the Dream that the deprived and hard-done-by sought, blaming it upon the Government and immigrants. Unfortunately, vulnerable people cling on to anyone and anything that they believe can magic away their problems, and thus the contagious words of Trump spread like an infectious disease, eating away at inner humanity and replacing it with a virus full of hatred and resentment.

The saddest thing about the election is that the people will not get what they bargained for. Those who accepted his misogynistic, xenophobic and racist slurs in return for the wall that will blockade their children’s minds and bodies from terrorism, for the scrapping of Obamacare which results in their purses becoming a little fuller, will be bitterly, bitterly disappointed. The sacrifice of a conscience in return for new glory days, where everyone is rich and no one is unemployed (unless, of course, you’re not born in the US) is simply in vain.

Already Trump has gone back on a few of his promises. Obamacare won’t be abolished, only reformed. Hillary Clinton will not be jailed. Mexico aren’t going to be forced to pay for a wall, that aspect was only used as a “great campaign device”. He won’t “rip up” the Iran Nuclear Deal, instead it will be “reviewed”. Waterboarding isn’t going to be brought back: apparently, it was only “campaign talk”. Only a few days into his election and Trump is already tripping over his venomous words, feebly attempting to push them into the dark where no one can critique them. Maybe the one who is most shocked about the outcome of the election is Trump himself – his policies were never intended to be taken seriously, but now that they have, he has no idea what to do with them.

Yet now we have this new founded America. The hidden chromosomes of fury and violence have been ripped open, multiplying and attacking the cells of empathy, for both Democrats and Republicans. Trump has inspired an emotion that won’t just fade like last week’s fake tan – it will build, and grow, and control the once passive American. America was built upon bloodshed and war: it only seems fitting that it may end up that way too.